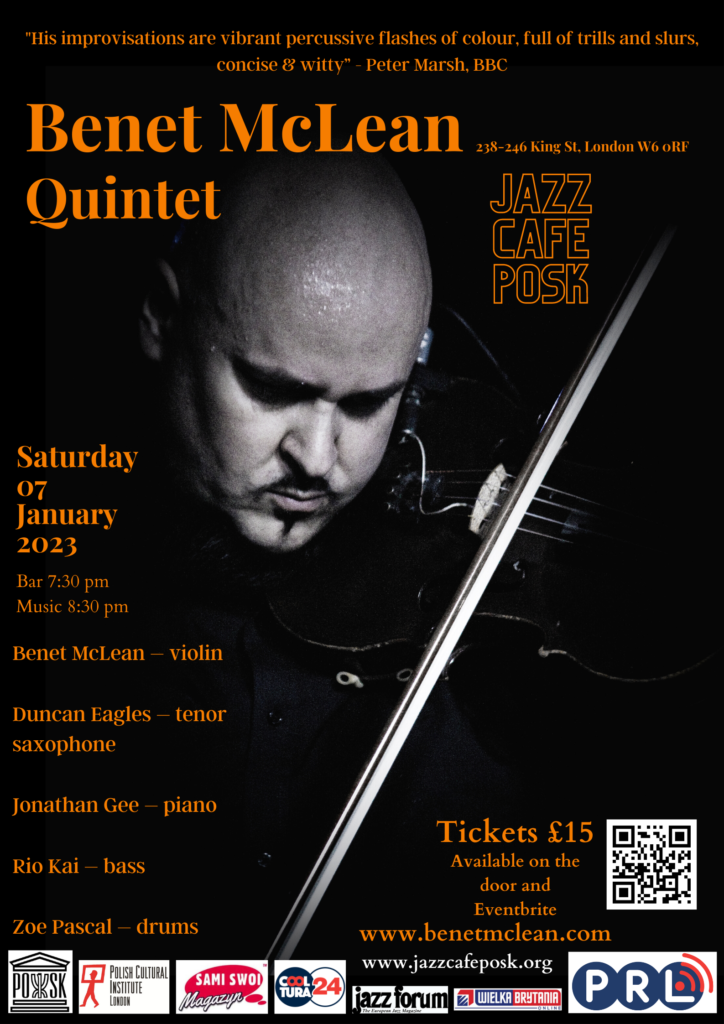 Benet McLean is one of the most exciting contemporary jazz violinists to emerge in recent years.

After his sensational performance at Jazz Café POSK in 2022, Benet McLean returns with his quintet to perform original songs from his upcoming new album as well as choice hard bop standards with a contemporary twist.

Featuring some of the biggest talents in contemporary British jazz, Benet is joined by Duncan Eagles on tenor sax, Jonathan Gee on piano, Rio Kai on bass and Zoe Pascal on drums, creating their signature uplifting blend of high-energy grooves and beautiful, soulful melodies.

“I really like Benet’s approach to improvisation on violin.” - Jean-Luc Ponty

“Benet McLean is an exquisite violinist with a tone equal to that of the finest classical virtuosos and a soulful affinity with the highest level of jazz creativity. He’s inventive, charismatic and expressive with the nuances that bring spellbinding energy to his every performance.” - Julian Joseph