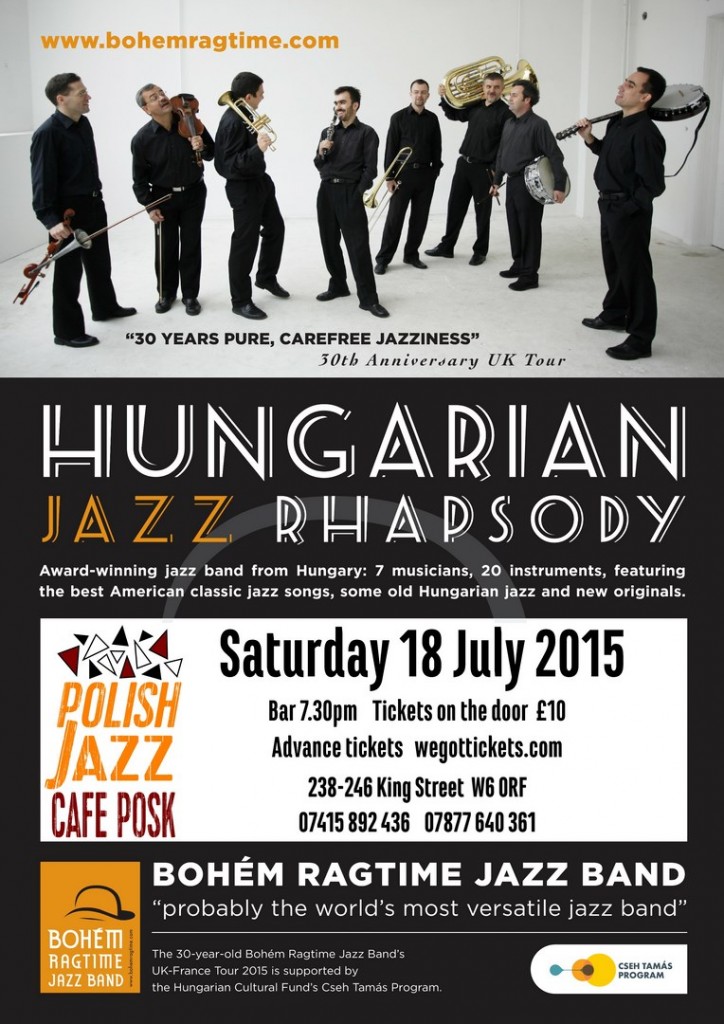 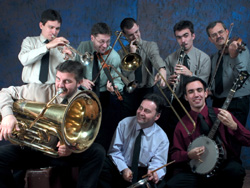 This year marks the thirtieth anniversary of the award winning Bohém Ragtime Jazz Band, a Hungarian group, based in Kecskemét about an hour’s drive from Budapest. They are very well known to British audiences having made frequent visits here – and have played most of the major classic jazz festivals around Europe and several in North America.

Tamás Ittzés founded the band in 1985, naming it, in the sense that Puccini understood the word in La Bohéme, to imply a happy Bohemian bunch playing happy and carefree music. They have gone through several changes in personnel and instrumentation during their three decades’ existence but the present top-class line-up has been unchanged, now, for a dozen or more years. It consists of Ittzés, on piano and violin; József Lebanov, trumpet; Zoltán Mátrai, reeds; Attila Korb, trombone, cornet and fluegelhorn; Miklós Lázár, violin; György Mátrai, banjo and guitar; József Török, tuba and string bass; and Alfréd Falusi, drums. There is then, a togetherness, maturity and sophistication about this offering and, as well as being enormously entertaining, it does allow us to see, not least, the musical development of Ittzés, from his first composition in 1986 to his most recent in 2015."