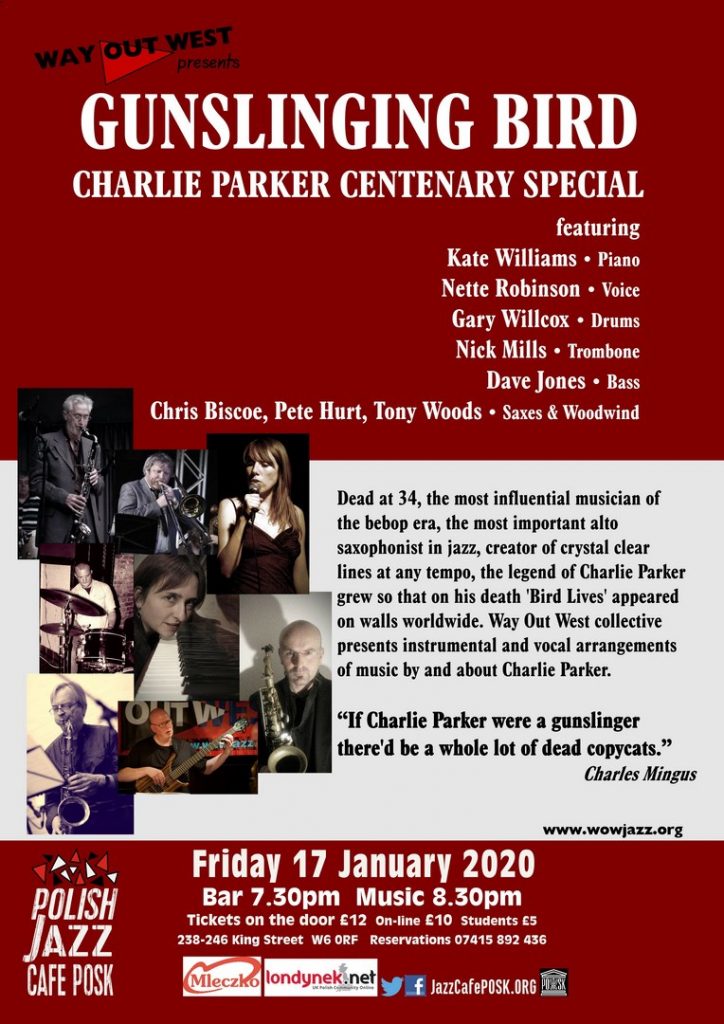 Dead at 34, the most influential musician of the bebop era, the most important alto saxophonist in jazz, creator of crystal clear lines at any tempo, the legend of Charlie Parker grew so that on his death 'Bird Lives' appeared on walls worldwide. Way Out West collective presents instrumental and vocal of music by and about Charlie Parker.

Charles Mingus wrote: If Charlie Parker were a gunslinger there'd be a whole lot of dead copycats. Tonight: no copycats, just music.