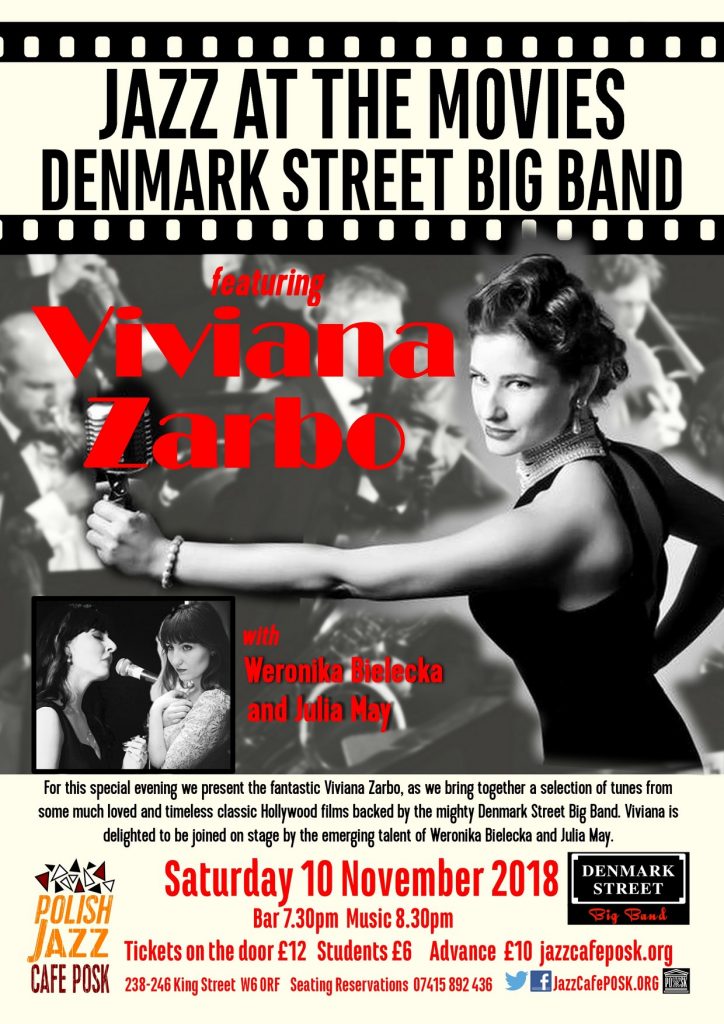 Jazz At The Movies with Denmark Street Big Band

For this special evening we present the fantastic Viviana Zarbo, as we bring together a selection of tunes from some much loved and timeless classic Hollywood films backed by the might Denmark Street Big Band. Viviana is delighted to be joined on stage by the emerging talent of Weronika Bielecka and Julia Sim. 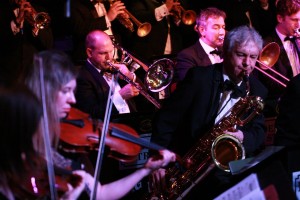 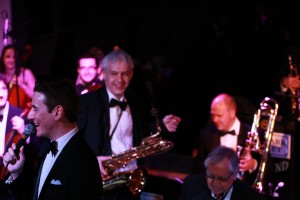