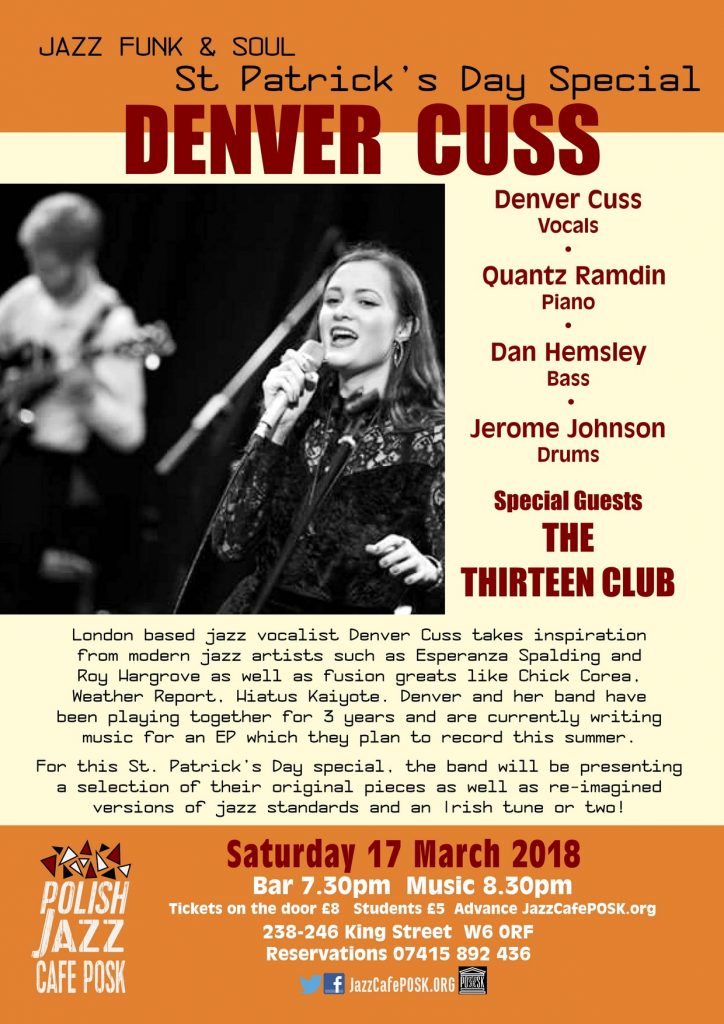 London based jazz vocalist Denver Cuss obtained a first class honours' degree in Music Performance from the London College of Music, and takes inspiration from modern jazz musicians such as Esperanza Spalding and Roy Hargrove, and fusion artists like Chick Corea, Weather Report, Hiatus Kaiyote. Denver and her band have been playing together for 3 years and the ensemble is made up of four core members; pianist Quantz Ramdin, bassist Dan Hemsley and drummer Jerome Johnson. They are currently writing music for an EP which they plan to record this summer. 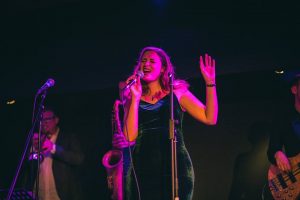 The Thirteen Club is a 6 piece instrumental band with young, virtuosic players who draw inspiration from the jazz world as well as a large group of other genres including Neo-Soul, Hip-Hop and Latin. The band were united by a love of jazz and were collectively passionate about pushing the envelope of the genre to create new and complex sounds crossing jazz genres with elements of funk, latin, ambient and fusion. The band released their debut album ‘So Yeah’ in September 2015, and continue to write and perform new music. 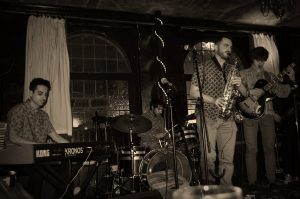 The evening will serve to showcase young talent within the London jazz scene, through both original material and revamped renditions of jazz standards. Both bands are up and coming talent, and offer an intelligently-arranged melange of jazz, funk, soul and latin music. As it takes place on St Patrick's Day, keep your ears out for a jazz rendition of a famous Irish tune or two!