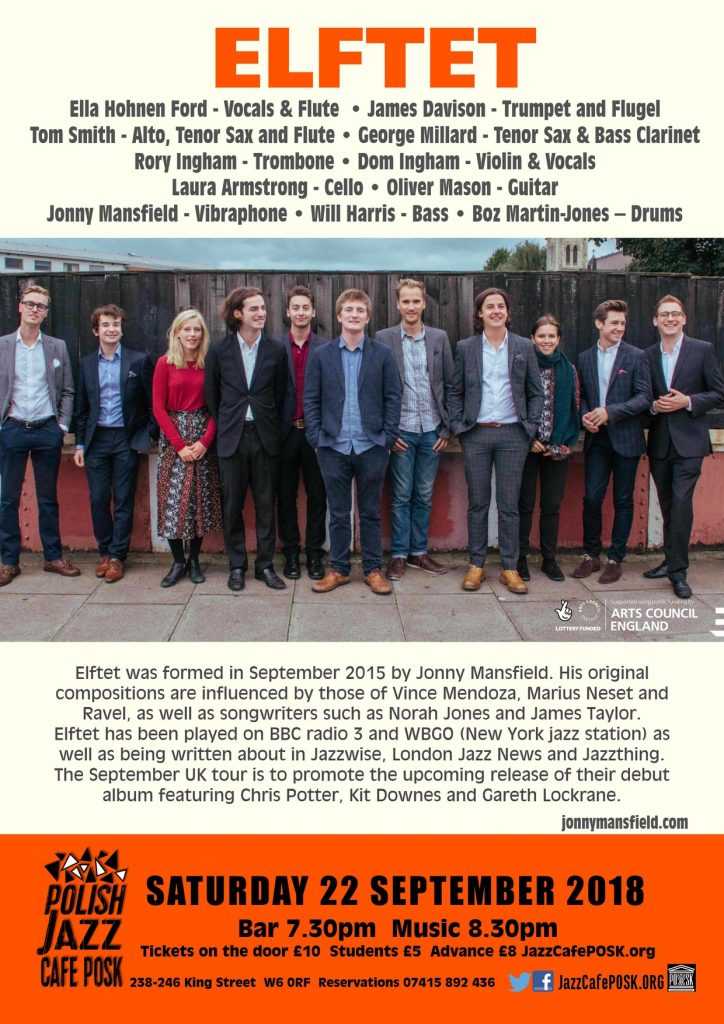 Elftet was formed in September 2015 by Jonny Mansfield. His original compositions are influenced by those of Vince Mendoza, Marius Neset and Ravel, as well as songwriters such as Norah Jones and James Taylor. Elftet has been played on BBC radio 3 and WBGO (New York jazz station) as well as being written about in Jazzwise, London Jazz News and Jazzthing. The September UK tour is to promote the upcoming release of their debut album featuring Chris Potter, Kit Downes and Gareth Lockrane.

As a professional musician, I appreciate the high level of craft exhibited by Jonny Mansfield's Elftet. But more importantly, as a human being I bask in the beautiful feeling this music gives me. I will return to it again and again. Thank you, Jonny & Co.!’