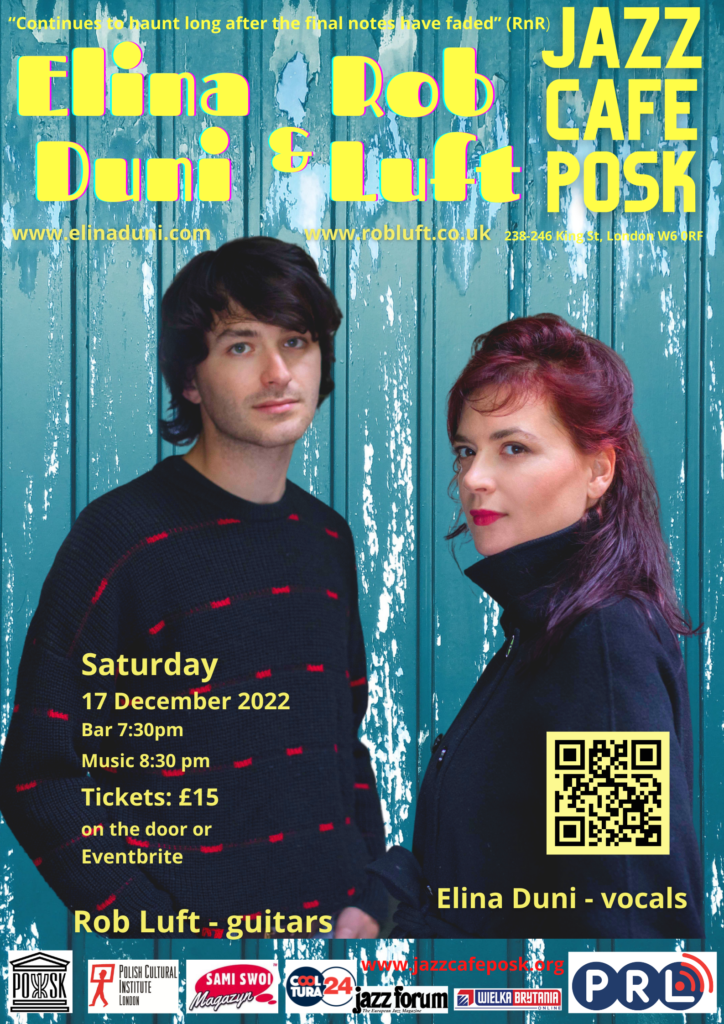 Elina Duni is a Swiss-Albanian singer. Having been signed to ECM Records since 2012, her hallmark combination of traditional Albanian folk songs and jazz has led to worldwide critical acclaim. For this new project, she is joined by guitarist and BBC New Generation Artist Rob Luft, one of the rising stars of London's flourishing contemporary jazz scene. Luft's playing incorporates echoes of West African high-life, Celtic folk and textural minimalism. His joyously original sound finds an ideal counterpart in Elina Duni's vocals. Together, they take us on a journey through timeless folk songs which still resonate so truly today, as well as
playing their co-written original material about contemporary issues facing us all.

Whereas on the 17th of December at Jazz Cafe POSK, at this rather special time of the year, they may even throw in a couple of seasonal jazz standards...

"Whether it be exploring musical influences from the Mediterranean, French chanson, jazz ballads or American folk, Duni and Luft have created their own unique sound and as a result they both seem to have grown as artists"- Stuart Nicholson, Jazzwise