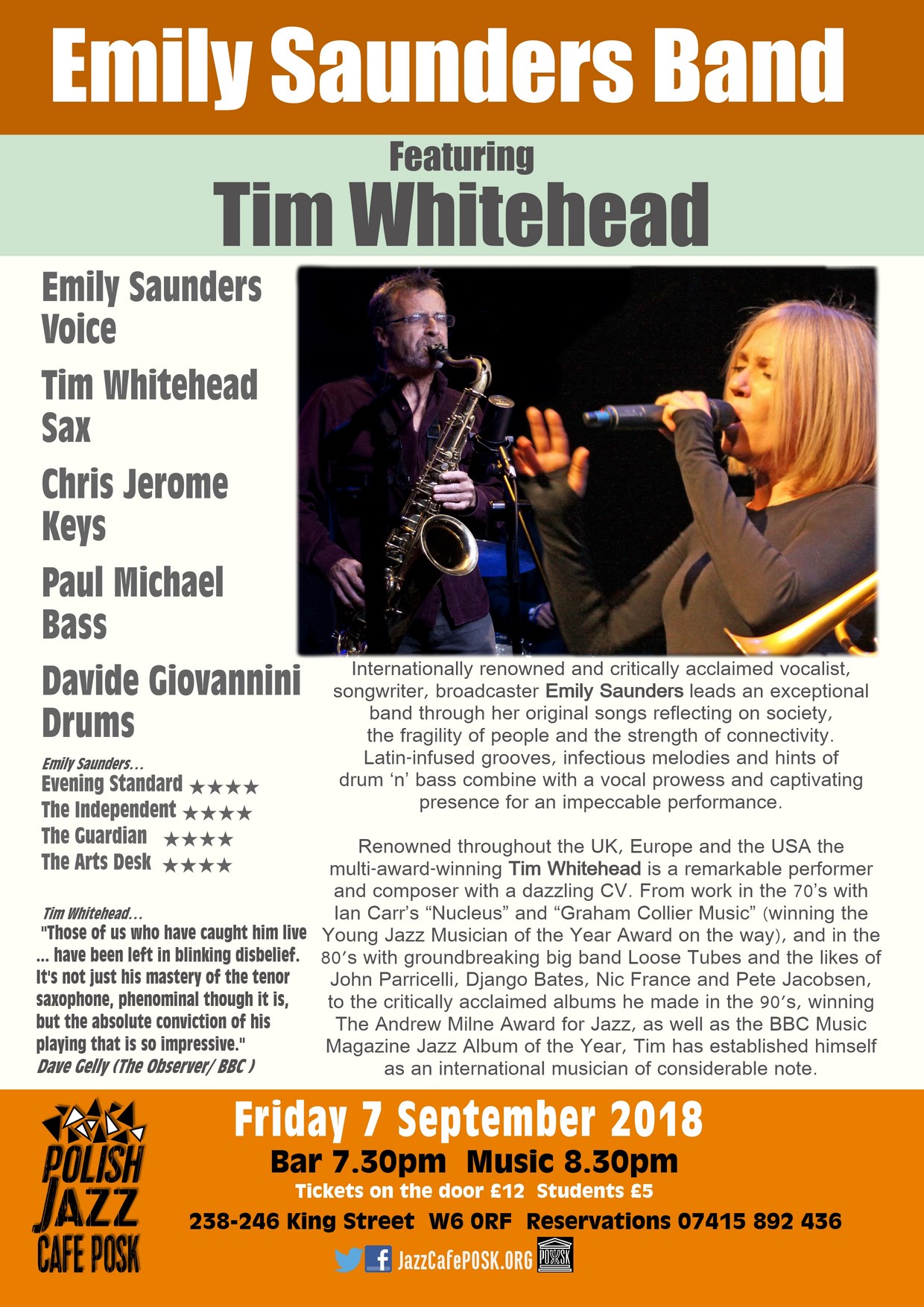 Tim Whitehead
Renowned throughout the UK, Europe and the USA the multi-award-winning Tim Whitehead is a remarkable performer and composer with a dazzling CV. From work in the 70’s with Ian Carr’s “Nucleus” and “Graham Collier Music” (winning the Young Jazz Musician of the Year Award on the way), and in the 80’s with groundbreaking big band Loose Tubes and the likes of John Parricelli, Django Bates, Nic France and Pete Jacobsen, to the critically acclaimed albums he made in the 90’s, winning The Andrew Milne Award for Jazz, as well as the BBC Music Magazine Jazz Album of the Year, Tim has established himself as an international musician of considerable note. More recently, Tim has collaborated with renowned contemporary classical composer Colin Riley and was the first ever musician to be made Artist in Residence at Tate Britain, resulting in a number of brilliant gigs, a highly acclaimed album “Colour Beginnings” and a short-listing for the British Composer Of The Year Award in 2010.
“Those of us who have caught him live … have been left in blinking disbelief.  It’s not just his mastery of the tenor saxophone, phenominal though it is, but the absolute conviction of his playing that is so impressive.” Dave Gelly (The Observer/ BBC )