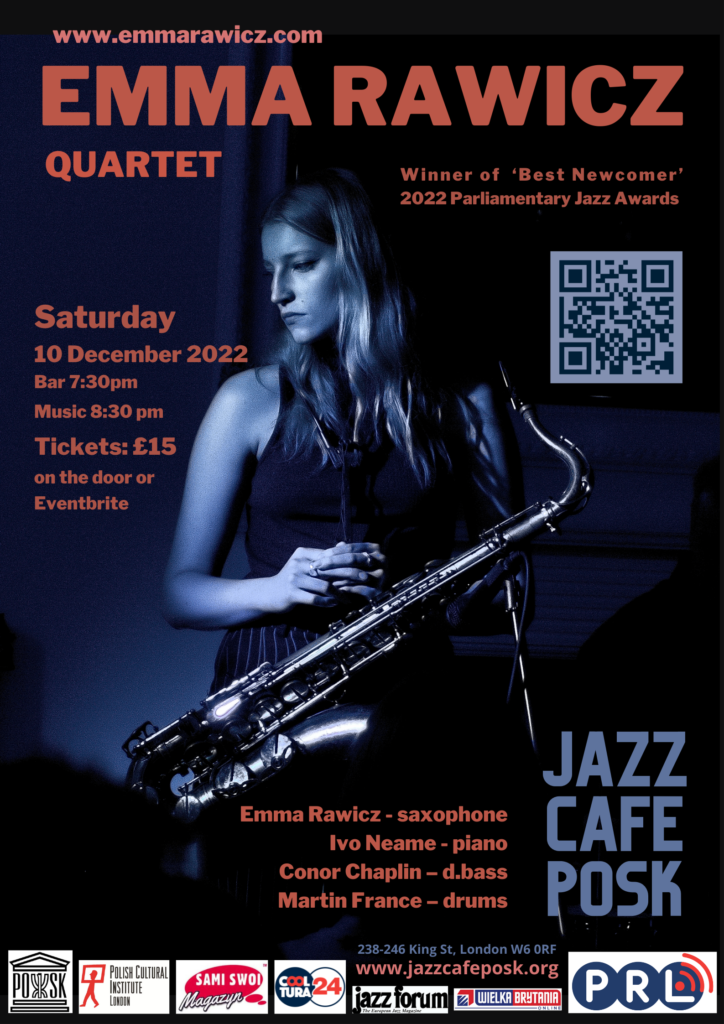 Winner of  ‘Best Newcomer’ at the 2022 Parliamentary Jazz Awards!

She has been described as "An astonishing new talent" (Jamie Cullum – BBC Radio 2), “a force to be reckoned with” (Jazzwise) and “a fast-rising star” (London Jazz News).

At the age of 20 she has already recorded and released an eagerly awaited debut album ‘Incantation’ featuring Ant Law, made up entirely of her original compositions.  Emma’s second album, recorded in summer 2022 features an all-star band of Ivo Neame, Ant Law, Conor Chaplin and Asaf Sirkis, will be released in early 2023.

Emma has also created a name for herself both as a bandleader and a sideman. A new arrival on the scene, she has already made an impact, regularly playing at major London jazz venues with a wide range of established musicians.

Emma is a recipient of the 2021 Drake Yolanda Award, winner of  ‘Best Newcomer’ at the 2022 Parliamentary Jazz Awards and nominee for the 2022 Jazz FM ‘Instrumentalist of the year’.

Growing up in rural North Devon, Emma didn't discover jazz until the age of 15, and didn't pick up a tenor saxophone until a year later, but had spent her childhood otherwise immersed in largely folk and classical music.

Emma is a natural performer. Her music has a unique sound, fusing all her many influences, and her compositions range from lilting Afro Cuban inspired grooves to hard hitting modern jazz and funk numbers.

"A force to be reckoned with" (Jazzwise)