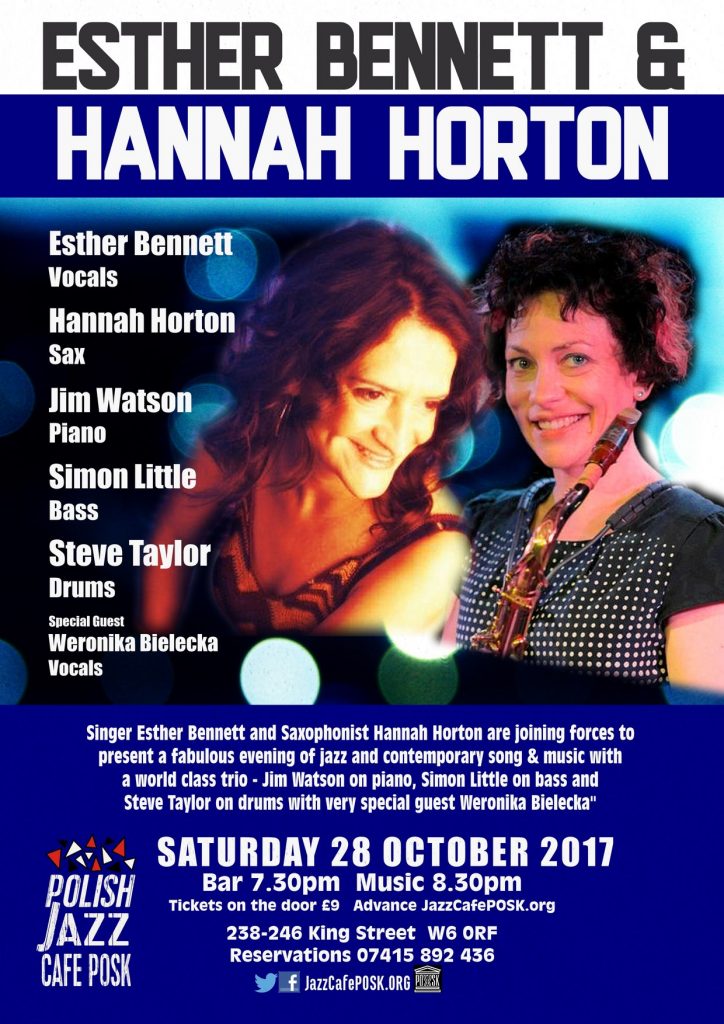 Esther Bennett has been performing on the London Jazz scene for over a decade. She has performed in all the best Jazz Clubs and has a fantastic sense of humour that comes across to the audience. She is well known to regulars of Jazz Café POSK.

A natural born improviser from an early age, Hannah Horton has played the saxophone since before high school days. As a youngster she attended the prestigious Junior Guildhall School of Music and Drama and in her teens became a lead member of NYJO (National Youth Jazz Orchestra) and the National Youth Music Theatre. Accomplished on flute, bassoon and clarinet as well as sax, she now teaches her own students to a high level whilst pursuing her performing career with the Hannah Horton Quartet in London and the South East.
At the Trinity College of Music where she graduated with an advanced postgraduate performance diploma, she was coached and inspired by prominent names from the British jazz scene, including Mark Lockheart and Paul Bartholomew. Since then her hallmark velvet tone and versatility have attracted growing audiences. Renowned jazz guitarist John Etheridge, commented: ‘Hannah has a warmly attractive ‘vocal’ sound on both the tenor and baritone saxophone, combined with lovely un-hackneyed phrasing.’
In addition to leading her own jazz quartet, Hannah is a composer in her own right. She has played alongside many great jazz musicians including John Etheridge, Tina May, Roger Beaujolais, Acoustic Triangle, Simon Bates, Irene Serra, Tommaso Starace, Rob Hughes, Buster Cooper and John Lamb. 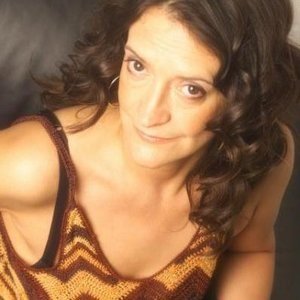 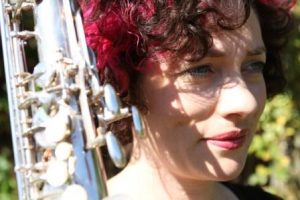