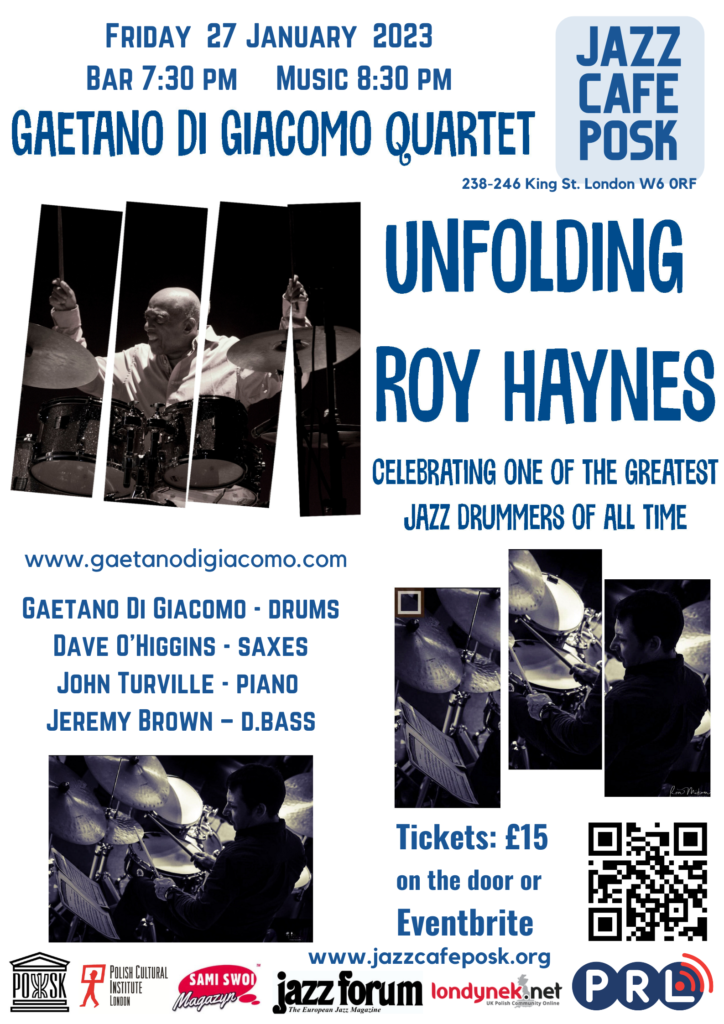 Gaetano Di Giacomo is a versatile drummer takes an active role in many aspects of the London Jazz scene. He has performed with many of today’s British jazz top musicians.

Originally from Italy Gaetano Di Giacomo studied drums and percussion in Bologna before obtaining a degree in Music Performance from Trinity College after moving to the UK.In the early part of his career, Gaetano cut his teeth working on the jazz and pop scene travelling extensively and performing at festivals and venues in Italy, UK, Japan, Finland, USA, France, Norway, and Denmark.

His receptiveness to all styles of music, combined with a deep knowledge of the roots of jazz, his dynamics and his attention to interplay with other musicians make him one of the most interesting drummers in London today.

Gaetano Di Giacomo Quartet’s “Unfolding Roy Haynes” celebrates the work of one of the greatest jazz drummers of all time!

Gaetano says: "Roy Haynes has hugely influenced my playing of jazz music. He is among the most recorded drummers in jazz. In a career lasting over 80 years, he has played swing, bebop, jazz fusion, avant-garde jazz and is considered a pioneer of jazz drumming. "Snap Crackle" was a nickname given to him in the 1950s. We will be playing some of his classics, works such as “Butch and Butch”, “Scoochie”and “Sneakin' Around”...