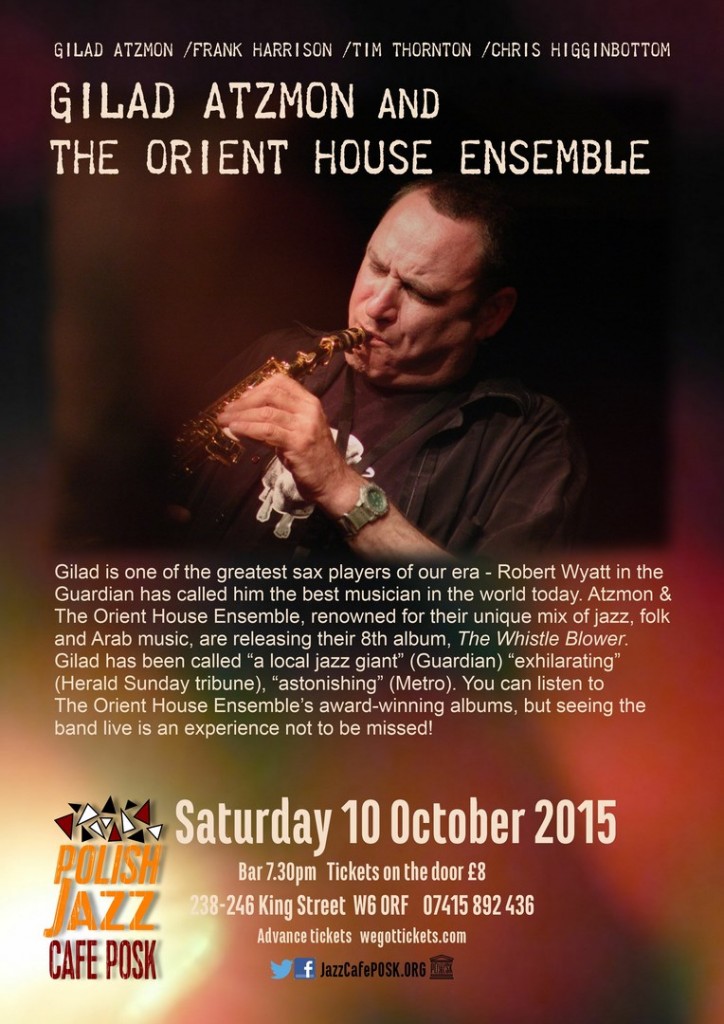 As part of our “Tomasz Furmanek Invites” series we are thrilled to welcome back maverick musician Gilad Atzmon and the Orient House Ensemble.

Gilad is one of the great sax players of our era - Robert Wyatt has described him as the best musician in the world today. Despite the fact that he is an in-demand session player (selected by Pink Floyd to take the sax chair on their first album for 20 years The Endless River, released in November 2014) and author, Gilad keeps the jazz flame burning and on this album makes perhaps his most jazz orientated album yet. With new drummer Chris Higginbottom providing a more traditional jazz feel in the sticks department, Gilad explores his soprano technique to particularly fine effect, demonstrating just what a sensitive touch he has and how fine an improviser - particularly on the extended solos of the Coltranesque Let Us Pray. Gilad says this is a mellow album, but there’s muscle here too with the Orient House Ensemble driving the rhythm along in the way that only a long-running institution of this kind (almost unheralded in the jazz world at any time) can do. The Whistle Blower is a great title for a horn player’s album and of course references Gilad’s political stance.

* The Orient House Ensemble celebrate their 14th year as a working band.

* The Whistle Blower is their 8th album to date

* The is the first recording with drummer Chris Higginbottom

* Gilad has also recorded with Robert Wyatt, the Waterboys and many others including, as a member of the Blockheads: Ian Dury, Robbie Williams, Sinead O’Connor and Paul McCartney.

“As I get older, I become more cynical. I see the lies, the theft and the processes that suppress truth. The song, the chanson, the melodic line, the battle and laughter are the only bearers of authenticity. Beauty, enchantment and sacrifice are the means by which the self comes to grasp its selfhood.

I am an avid admirer of simplicity and transparency, the moment of clarity that leaves the mind in the dark, yet content. I guess this is why I blow the whistle instead of playing the fiddle.

These compositions are about love, nostalgia, devotion and simplicity.

I hope you enjoy listening to it as much as we enjoyed recording it.”

Gilad Atzmon was born in Israel in 1963 and had his musical training at the Rubin Academy of Music, Jerusalem (Composition and Jazz). As a multi-instrumentalist he plays Soprano, Alto, Tenor and Baritone Saxes, Clarinet and Flutes. His album Exile was the BBC jazz album of the year in 2003. He has been described by John Lewis on the Guardian as the “hardest-gigging man in British jazz”. His albums, of which he has recorded 14 to date, often explore political themes and the music of the Middle East.

Until 1994 he was a producer-arranger for various Israeli dance & rock projects, performing in Europe and the USA playing ethnic music as well as Rock ‘n’ Roll and Jazz.

Coming to the UK in 1994, Atzmon revived an interest in playing the music of the Middle East, North Africa and Eastern Europe that had been in the back of his mind for years. In 2000 he founded the Orient House Ensemble in London and started re-defining his own roots in the light of his emerging political awareness. Since then the Orient House Ensemble has toured all over the world. The Ensemble includes Eddie Hick on Drums, Yaron Stavi on Bass and Frank Harrison on piano & electronics.

Also, being a prolific writer, Atzmon’s essays are widely published. His novels ‘Guide to the Perplexed’ and ‘My One And Only Love’ have been translated into 24 languages. Gilad’s latest book, The Wandering Who? is a study of Jewish Identity political identity.

The film ‘Gilad And All That Jazz’: a documentary about Gilad’s life and music by film maker Golriz Kolahi was released in 2012 and voted Winner of the Best Feature Documentary, Logan Film Festival.

Over the years Gilad Atzmon’s music has moved more and more towards a cultural hybrid. As a bandleader and reed player he has been amazing his listeners with a powerful personal style that combines great bebop artistry and Middle-Eastern roots in a sophisticated, sometimes ironical manner. Influenced by Coltrane’s powerful approach on the sax, Gilad’s live performances are simply breath-taking and overwhelming. 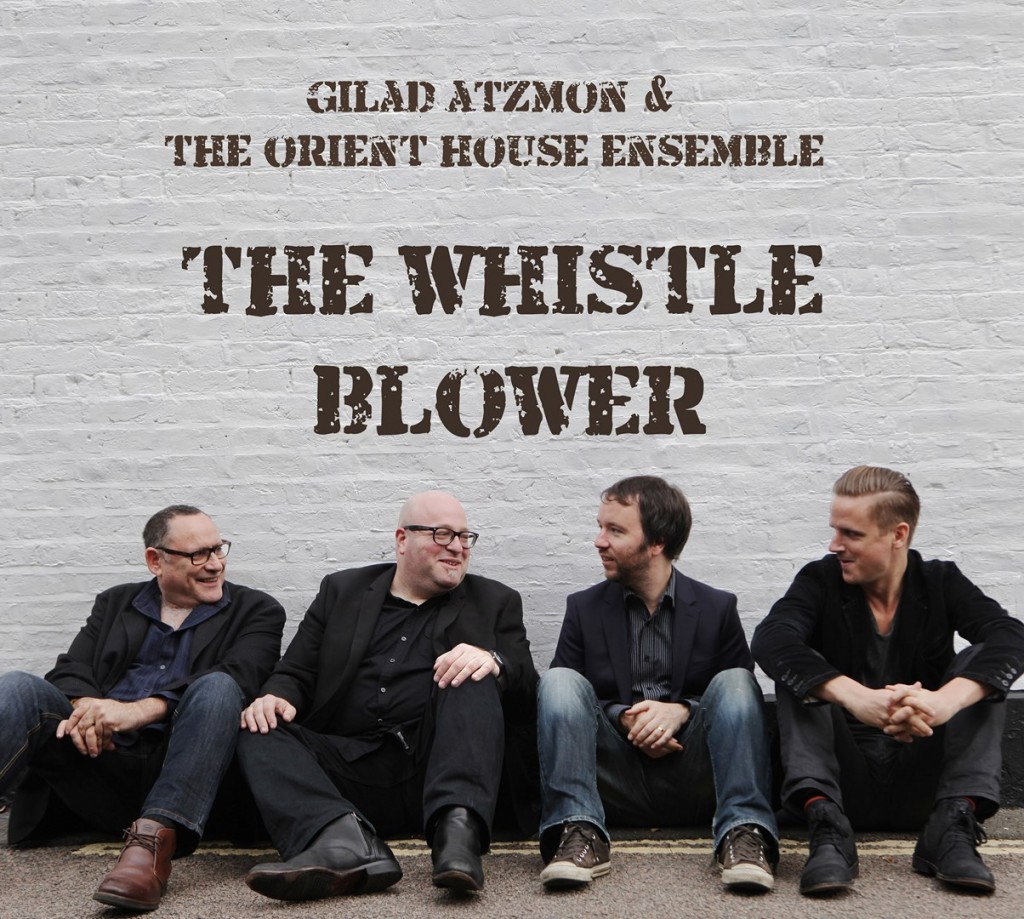 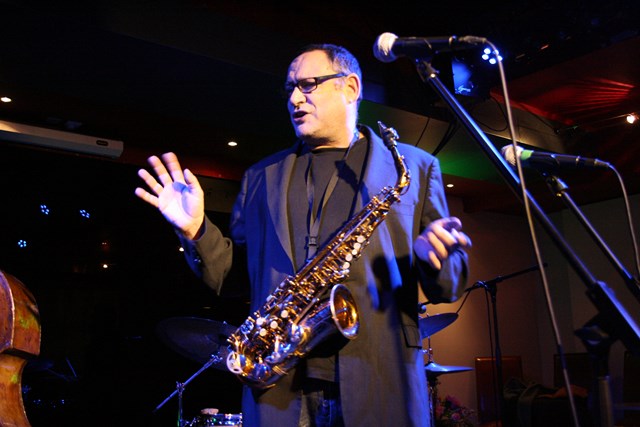