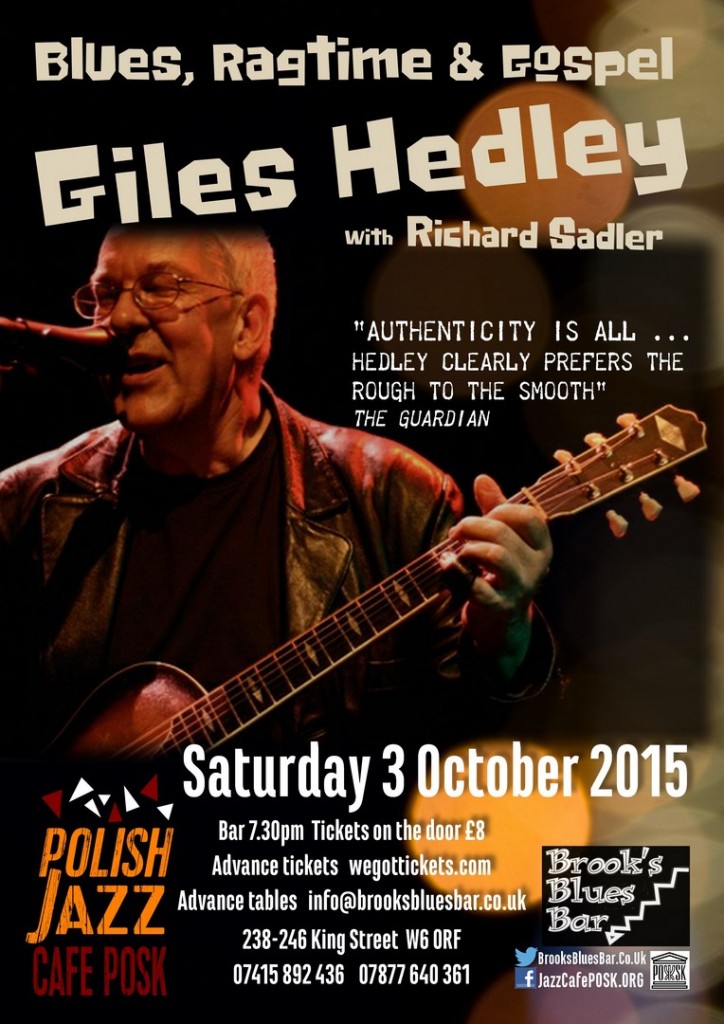 Giles has been singing roots blues, ragtime and gospel across UK and Europe since the sixties, recreating the passion and fire of the Delta blues legends with his huge voice and dazzling slide and ragtime guitar and harmonica playing. He’s possibly the only man in the UK who can play two harmonicas simultaneously, with nose and mouth, and is a regular on blues festival, club circuits and radio in England and the continent, both solo and with his band The Aviators. His latest album Rain is Such a Lonesome Sound was described by Blues

in Britain as having “mischievous relish… the authentic feel of country blues … a great introduction to the master craftsman”.

Richard Sadler has been Giles’s bassist since the 80s, bringing drive, depth and telepathic sensitivity to their music. Bruce Lindsay said in All About Jazz, “Sadler’s playing is tight, powerful and positive … even when he plays sparingly, he’s an emphatic presence.”

Perhaps that’s why The Times’s critic said “He sings and a whole bar-room is rapt”, and Blues Matters called him “one hell of an entertainer”. The French magazine Blues & Co described a recent set as “ Un moment de pur blues, fait d’émotion et de feeling” – which doesn’t need translating! 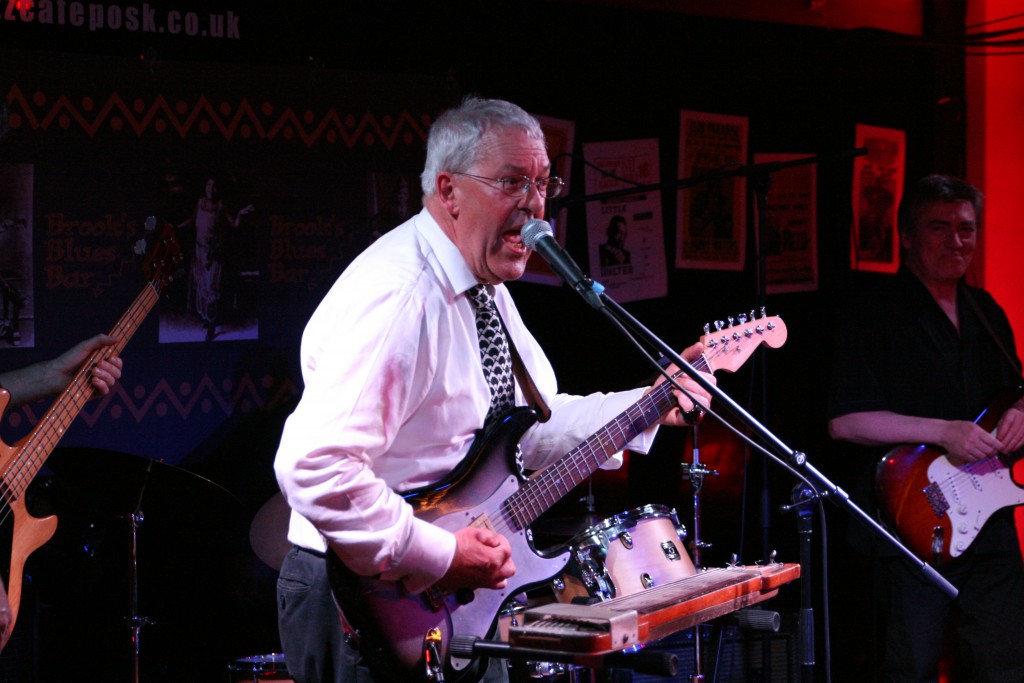