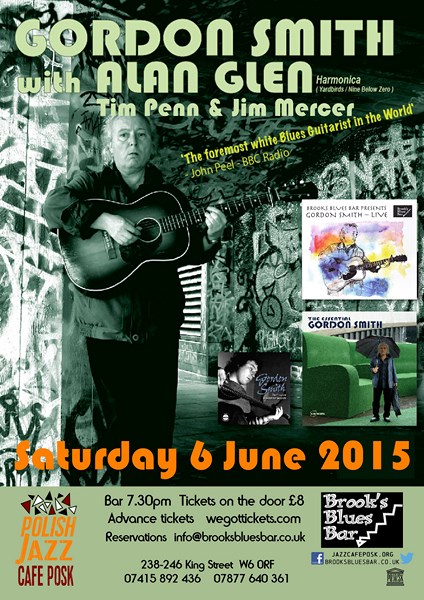 BACK BY POPULAR DEMAND!

Gordon Smith was once described by the late John Peel as the "foremost white blues guitarist in the world” which is a hefty epithet to carry around and potentially embarrassing to such a modest character as Gordon - but there is no doubt that he is a great blues guitarist with an authentic blues voice which caught the attention of the legendary Blue Horizon label in the early 1960s. He displays the influences of the blues greats – Rev Gary Davis, Robert Johnson, Lightning Hopkins, Sleepy John Estes and most obviously the great Lonnie Johnson. Gordon Smith is joined by Alan Glen on harmonica, Jim Mercer on double bass and Tim Penn on piano - the same stellar cast as on the acclaimed live album recorded at Brooks Blues Bar in February 2011. You can purchase a limited edition copy on the night. 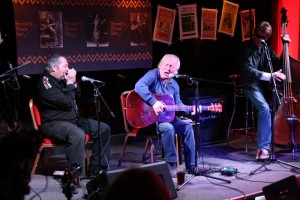 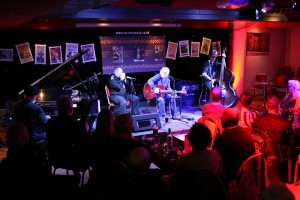 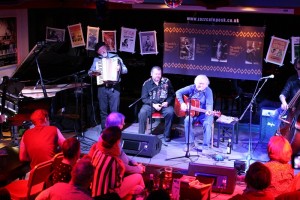