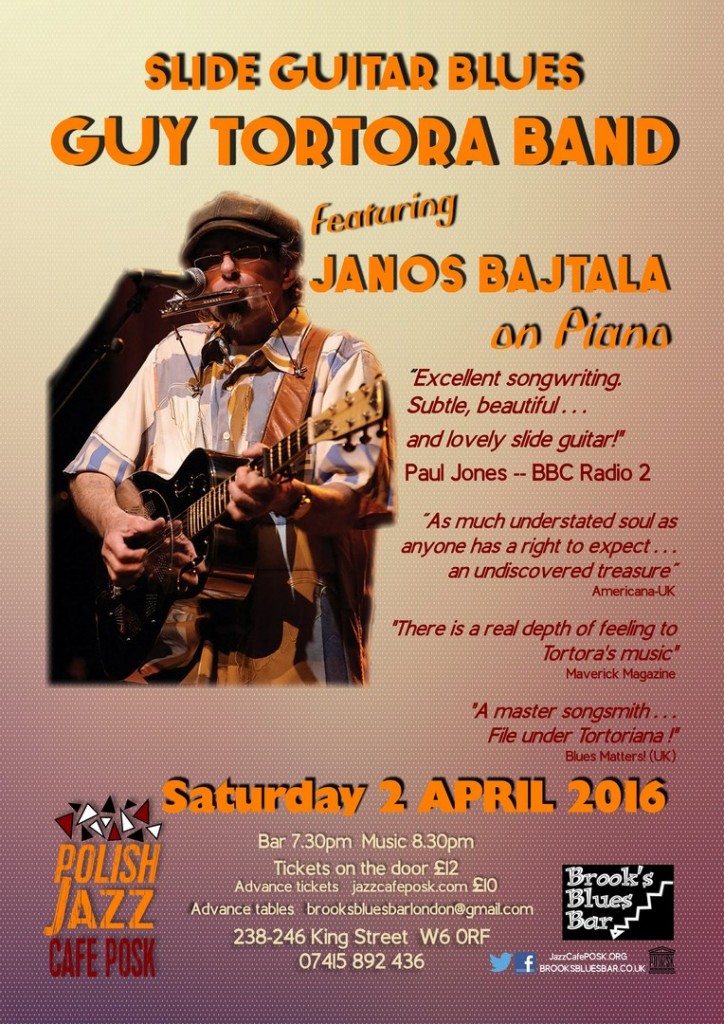 London based Californian Guy Tortora performed in bands from junior high and high school days in Pasadena, and later around Southern California, soaking up the rich influences of the incredible music scene there in the 60's and 70's when he also travelled widely across the USA and Canada.

His style as songwriter and performer is what people call Americana --  a hard term to define. But it means original songs, well-constructed and well performed, in some of the various musical idioms that originated in the USA  --  blues, jazz, folk and roots  --  and also interpreting the work of other writers in these genres with depth and feeling. Guy is an accomplished guitar player on both acoustic and electric guitars which he plays finger style, and is a fine bottleneck and slide player.

Over the last few years he has laid claim to a unique niche on the Blues 'n' Roots scene in the UK and European Continent, from small clubs and theatres to festivals. He has performed live with artists as diverse as Eric Clapton, Pee Wee Ellis, John Cleary and Eric Bibb. He has also performed with Paul Jones, host of BBC Radio 2's Rhythm and Blues show, and recorded live sessions for Radio 2 and numerous local stations in the UK and Europe. 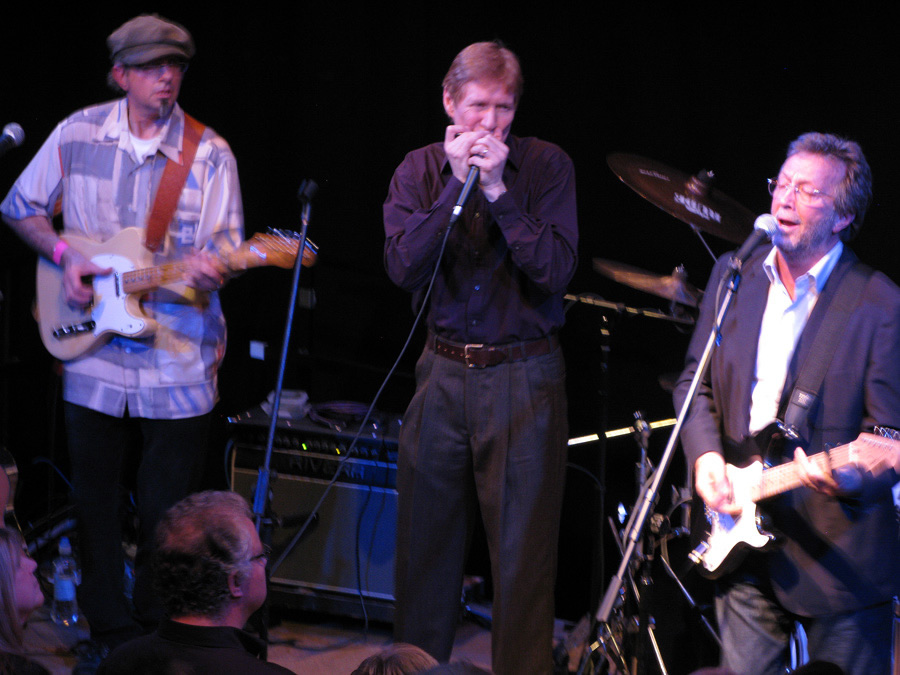