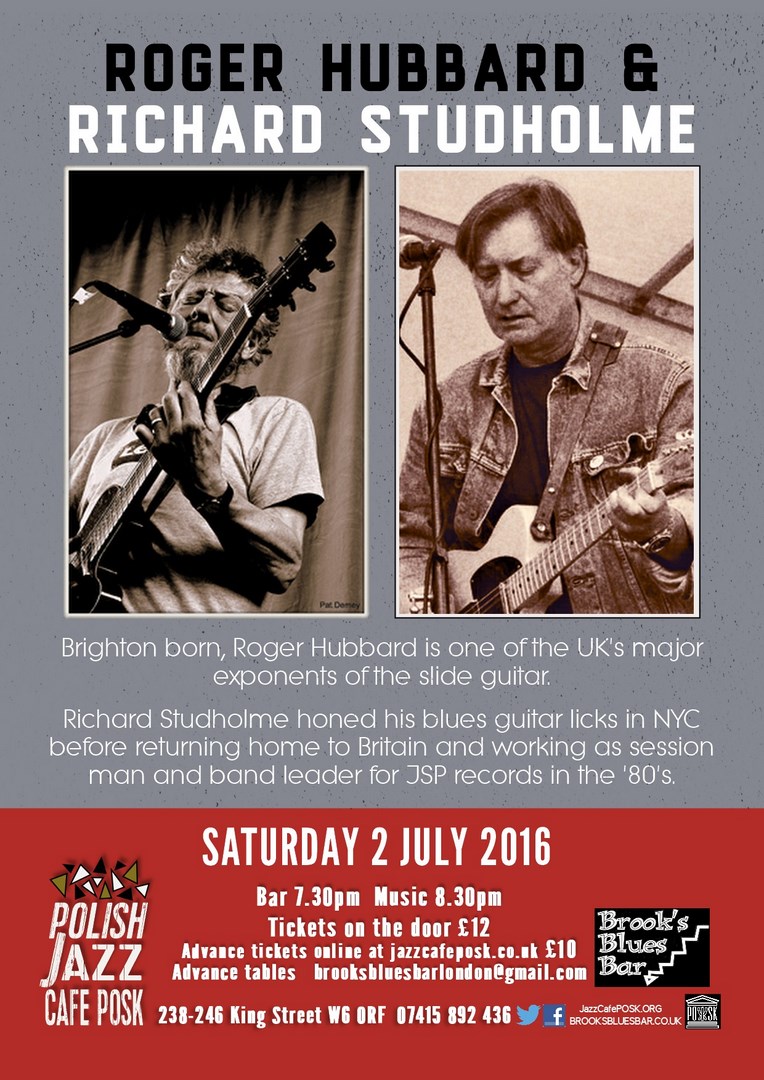 "Roger Hubbard is as good as any blues guitarist in the U.K. or the United States".

Brighton born, Roger Hubbard is one of the UK's major exponents of the slide guitar. In 1968, continuing an interest in Country and Delta blues, he started his own club above "The Lewes Arms" in Lewes, Sussex.

In 1971 Roger opened for Muddy Waters at The Gardener Centre, Brighton. He also appeared at the Cambridge Folk Festival and on the first pyramid stage at Glastonbury the same year.

His first album Brighton Belle Blues was recorded in 1970 by Nick Perls for his US Blue Goose label. Nick was a key figure on the American blues trail, rediscovering the likes of Son House and Skip James. Having played his 1935 National Steel Duolian for many years, Roger now plays an electric resonator guitar made and designed by himself, known as "The Hub" as well as a steel resonator mandolin given to him by the AMI company in Munich. Roger also busies himself at his workshop where he has given new life to antique furniture including some old guitars, recently re-discovering the 'Ducal' finish' applied to the National and Dobro steel bodied guitars of the late 1920's and 1930's.

Richard Studholme honed his blues guitar licks in NYC before returning home to Britain and working as session man and band leader for JSP records in the '80's. Larry Johnson, Hubert Sumlin, Carey Bell, Big Jay McNeely and Eric Bibb are among those who have used his talents- and though he has never stopped playing, these days he adopts a lower profile.