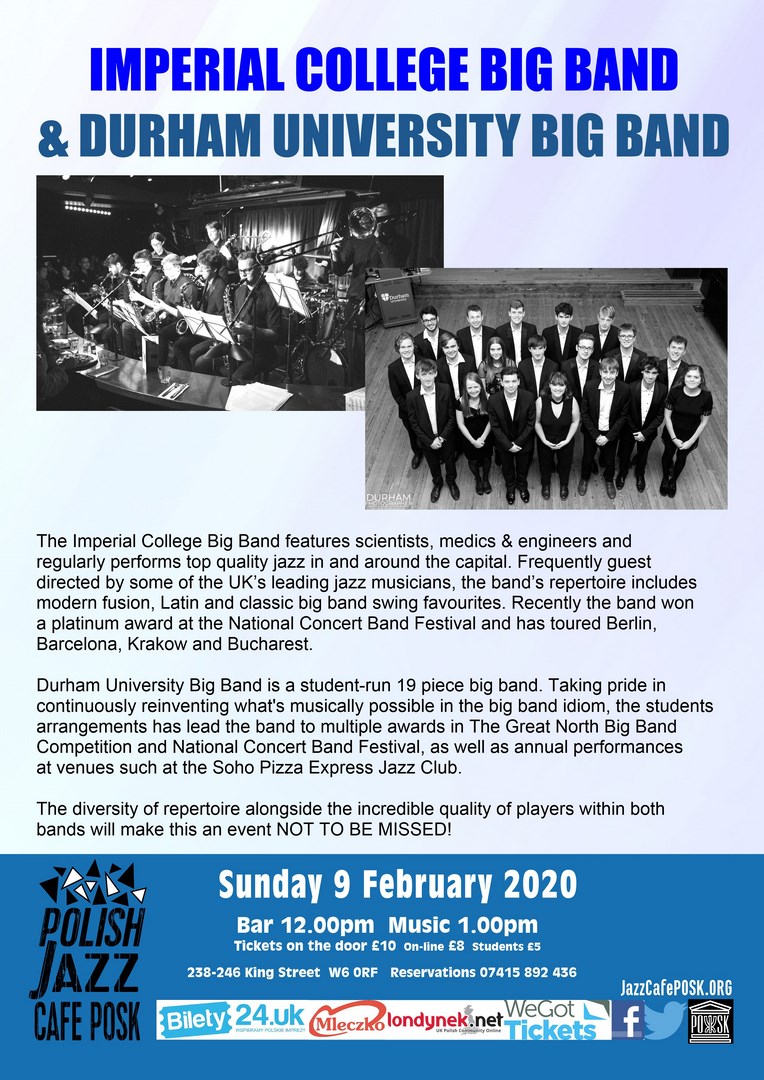 The Imperial College Big Band features scientists, medics and engineers and regularly performs top quality jazz in and around the capital. Frequently guest directed by some of the UK’s leading jazz musicians, the band’s repertoire includes modern fusion, Latin and classic big band swing favourites. Recently the band won a platinum award at the National Concert Band Festival and has toured Berlin, Barcelona, Krakow and Bucharest.

Durham University Big Band is a student-run 19 piece big band. Taking pride in continuously reinventing what’s musically possible in the big band idiom, the students’ arrangements has lead the band to multiple awards in The Great North Big Band Competition and National Concert Band Festival, as well as annual performances at venues such at the Soho Pizza Express Jazz Club.

The diversity of repertoire alongside the incredible quality of players within both bands will make this an event NOT TO BE MISSED! 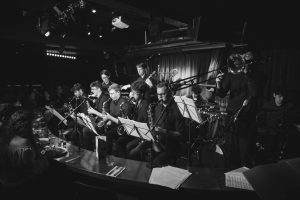 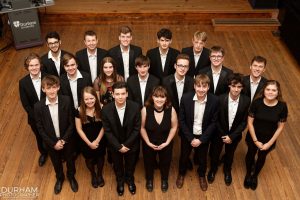