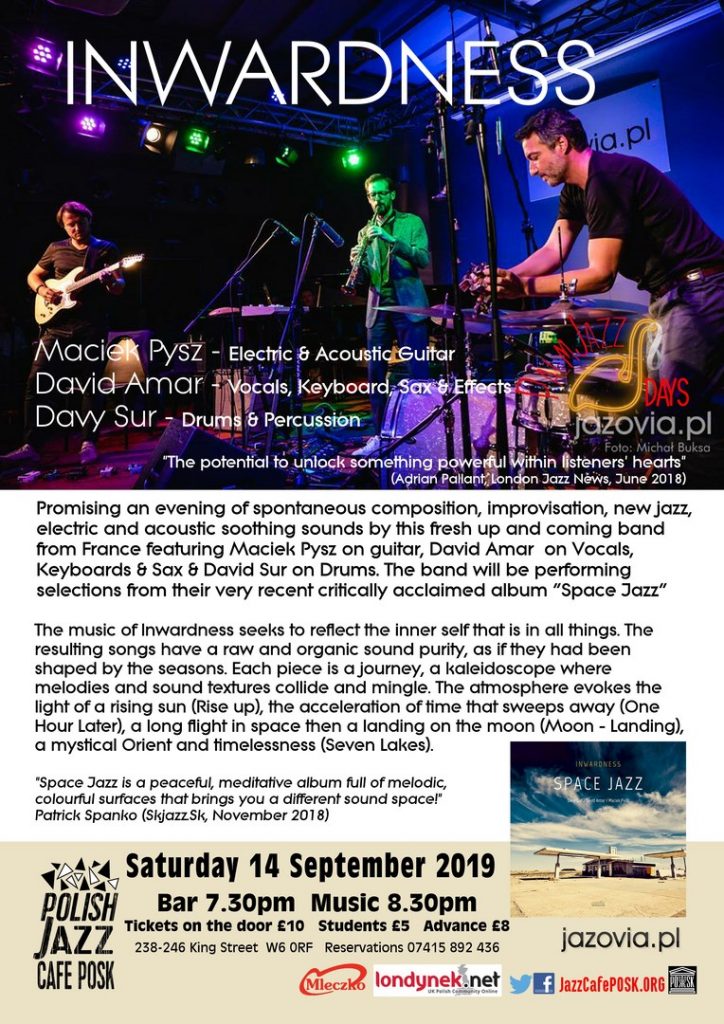 Promising an evening of spontaneous composition, improvisation, new jazz, electric and acoustic soothing sounds by this fresh up and coming band from France featuring Maciek Pysz on guitar, Davy Sur on Drums & Percussion and David Amar on Vocals, Sax & Effects. The band will be performing selections from their very recent and critically acclaimed album “Space Jazz”

Behind Inwardness there are three faces, three perfectly complementary personalities seeing the musical approach of the same eye. Their credo? The instant composition in triangulation with a place and a specific audience. For these directors the score is internal and is revealed in the moment. Each performance is one shot, a unique show in resonance with the place, whether indoors or outdoors.

Introspection, the space between sounds and inhabited silences are the basis of their inspiration. The music of Inwardness seeks to reflect the inner self that is in all things. The resulting songs have a raw and organic sound purity, as if they had been shaped by the seasons. Each piece is a journey, a kaleidoscope where melodies and sound textures collide and mingle. The atmosphere evokes the light of a rising sun (Rise up), the acceleration of time that sweeps away (One Hour Later), a long flight in space then a landing on the moon (Moon - Landing), a mystical Orient and timelessness (Seven Lakes).

In 2016 their first concerts received a very favourable reception from the critics. A summer tour in 2017 of Southern France (St. Raphael jazz festival, Cap Jazz) and England (Manchester Jazz Festival) followed. The trio has been invited by the Institut Français for a ten day residency in Morocco in October 2018, which will take place during the Agadir Jazz Festival.

They recorded their first album “Space Jazz” at the great studio Artesuono in Udine, Italy by Stefano Amerio, a famous sound engineer and long term collaborator of ECM. The album was released on April 13, 2018 on the highly established German label Ozella Music." 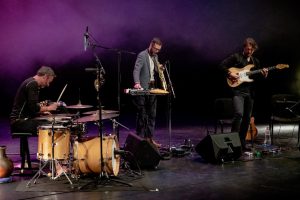 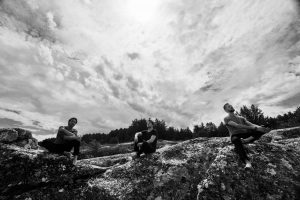