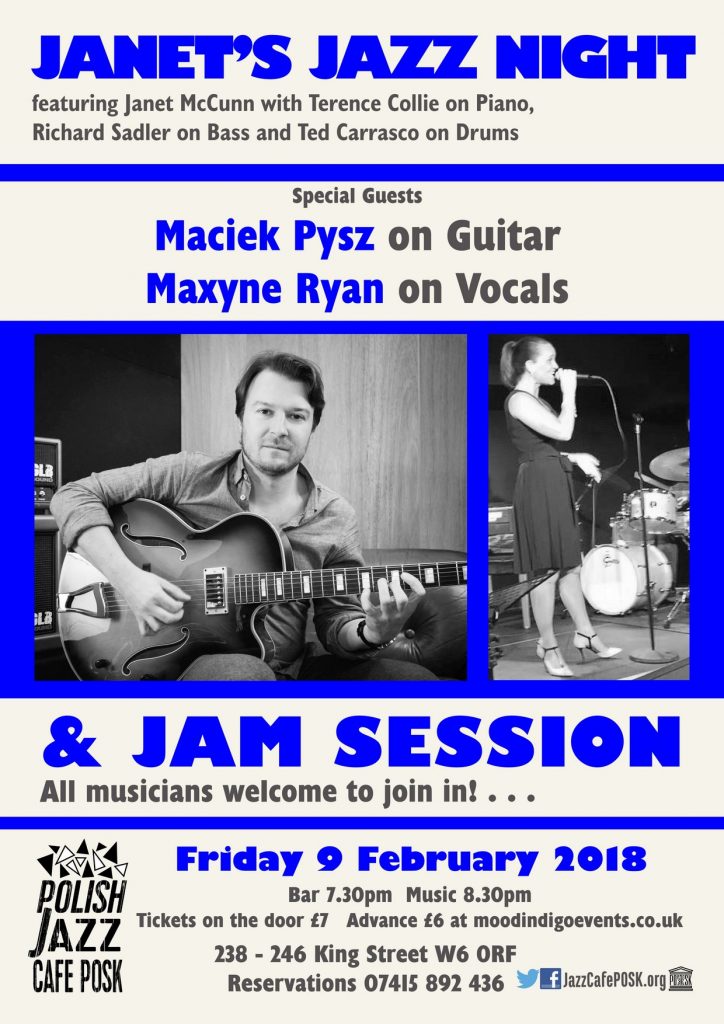 Our fantastic and very popular series of Janet’s Jazz Nights are hosted by Janet McCunn and fabulous house band led by Terence Collie  and feature a first set with a special guest instrumentalist followed by a guest vocalist joining Janet for the second set. The third and final set is a jam session so all can come and sing and play. Just put your name on the list!

These are fun and friendly social evenings with a Jam Session at the end…all musicians welcome! 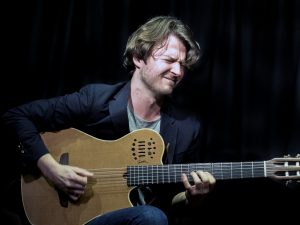 Maciek Pysz is a polish guitarist and composer known for his clear lyrical phrasing, his virtuosity and his imaginative cinematic compositions. He has performed with Daniele di Bonaventura, Tim Garland and Francois Arnaud and has appeared in festivals and clubs in the UK, France and Italy.

As well as being a leader of his own groups Maciek works with other projects, including two in France. His recent lineups include a drumless quartet and a duo with Ivo Neame. He also plays with the Julian Costello Quartet and as duo with guitarist Gianluca Corona.