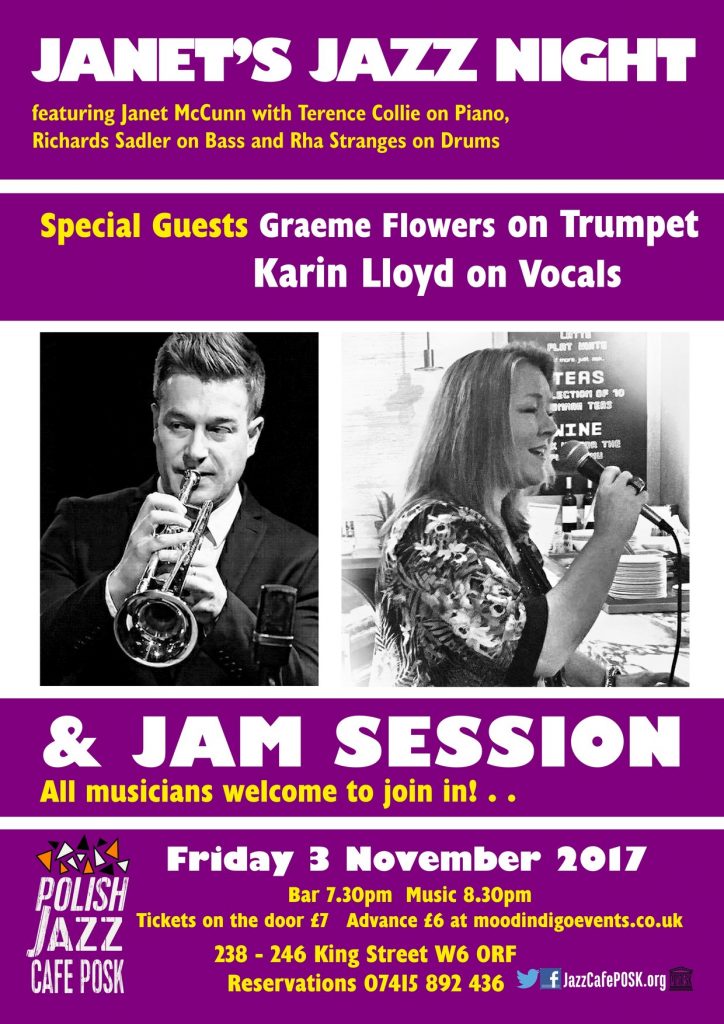 'Janet's Jazz Fridays' are hosted by Janet McCunn with a house trio led by Terence Collie and feature a first set with a special guest instrumentalist followed by a guest vocalist joining Janet for the second set. The third and final set is a jam session so all can come and sing and play. Just put your name on the list!

The jam session is on a first come first served basis so buy your ticket online to automatically get on the list!