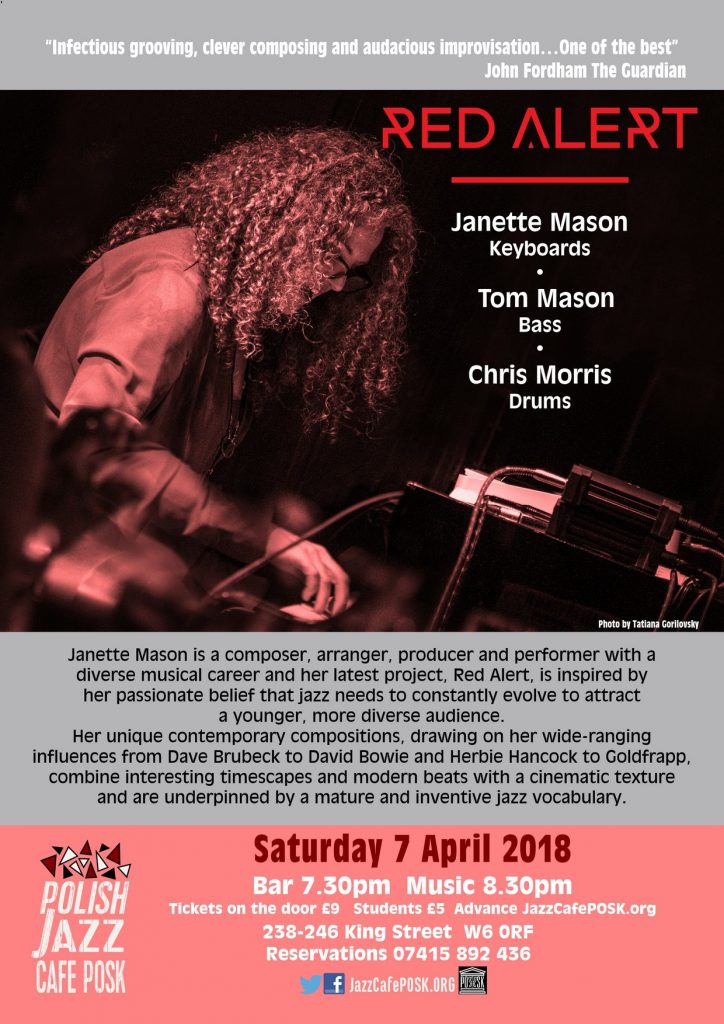 “Infectious grooving, clever composing and audacious improvisation…One of the best”

Janette Mason is a composer, arranger, producer and performer with a diverse musical career.

She toured extensively throughout the 90s with artists like Oasis, Pulp and Robert Wyatt and can be heard on the CD soundtrack to the recent Disney release, Cars 3.

She has proven to be a consummate musician and a standout talent in Jazz, Pop, Indie, Rock and World Music.

Her latest project, Red Alert, is inspired by her passionate belief that jazz needs to constantly evolve to attract a younger, more diverse audience.

Her unique contemporary compositions, drawing on her wide-ranging influences from Dave Brubeck to David Bowie and Herbie Hancock to Goldfrapp, combine interesting timescapes and modern beats with a cinematic texture and are underpinned by a mature and inventive jazz vocabulary. Her vision is brought to life by the explosive combination of Chris Morris on drums and Tom Mason on Bass and is a direct musical response to the political and social challenges now facing us all – hence the name Red Alert.

Janette’s powerful and rhythmic approach to the piano is subtly fused with synthesizers to create a musical journey that is as engaging as it is thought provoking.

Janette was nominated for a Parliamentary jazz award for her second trio album Alien Left Hand and she reached the Grammy ballot for The Live Smoke Sessions with Lea DeLaria for which she took on the dual roles of arranger and producer. Her music has been described as similar to E.S.T and The Bad Plus. 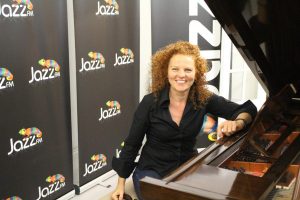