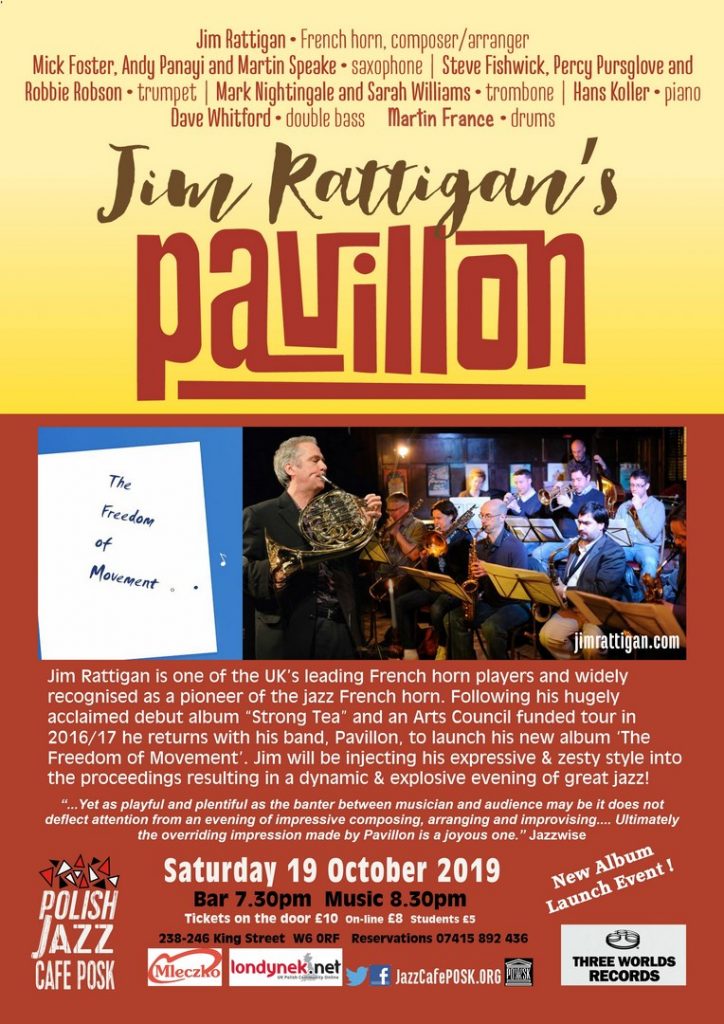 Jim Rattigan is one of the UK’s leading French horn players and widely recognised as a pioneer of the jazz French horn. He has performed with many globally renowned artists including, Michael Brecker, Bill Frisell, Carla Bley, Charlie Haden, Steve Swallow, McCoy Tyner, Paul McCartney, George Michael, Adele.  Rattigan has recorded with all the London symphony orchestras and performed on several movie soundtracks including  the James Bond and Lord of the Rings series. He was a member of the Royal Philharmonic Orchestra from 1989 to 1995.

Jim left the Royal Philharmonic Orchestra to concentrate on jazz and composition full time. He began working with Hans Koller in his various ensembles and the Mike Gibbs band. This inspired to form his own 12-piece ensemble 'Pavillon'  named after the french word for the bell of the french horn. In 2010 they recorded their first album 'Strong Tea' .

After their highly successful Arts Council funded tour of 2016/17 they were invited to play at the London and Cambridge international jazz festivals and nominated for a British jazz award.

This is part of a UK tour to promote the new album 'The Freedom Of Movement'.This performance at Jazz Cafe Posk will be the official launch. 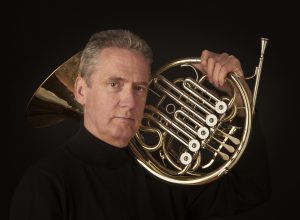 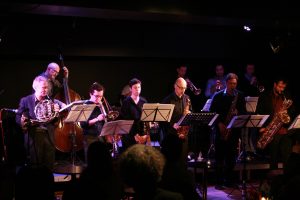