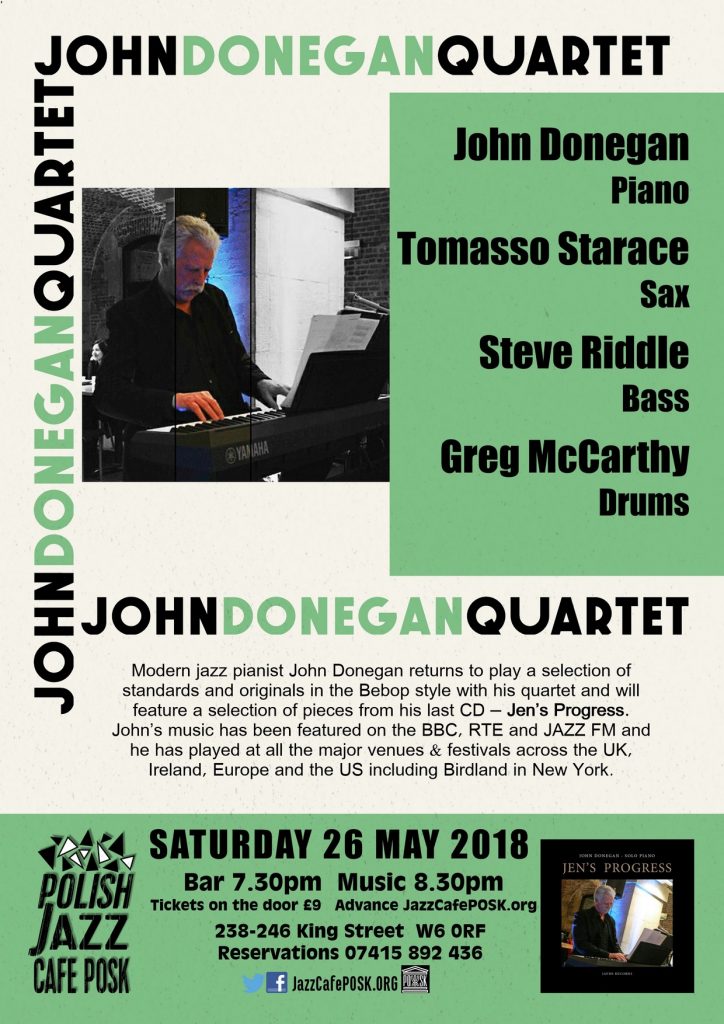 Modern jazz pianist John Donegan returns to play a selection of standards and originals in the Bebop style with his quartet and will feature a selection of pieces from his last CD – Jen’s Progress.

John’s music has been featured on the BBC, RTE and JAZZ FM and he has played at all the major venues & festivals across the UK, Ireland, Europe and the US including Birdland in New York.

John is a modern jazz   pianist who writes and plays a selection of standards and originals in the Bebop style with his Trio/Quartet/Quintet. John’s modern jazz has been featured on the BBC, Jazz FM and RTE. After recording a number of programmes for the BBC. In 1997, John recorded his first Album – Song for Ciara – which was the title track and composed for his eldest daughter.  The album received favourable acclaim and was featured on the BBC, Jazz FM RTE and some local Radio stations in the UK. Ireland and Scotland.

He has also played with Irish greats such as Louis Stewart, Hugh Buckley, Ray Preston, Dave Fleming and Stephen O’Keeffe and from the US, he has, in the past, played in the past with the likes of Art Blakey, Ben Clatworthy, Art Farmer, Barney Kessel, Greg Abate and many more.

John has played at many venues and Festivals in the UK and Ireland and played in France, Portugal and the US, including Birdland in New York. 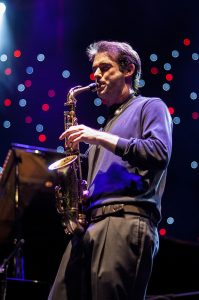 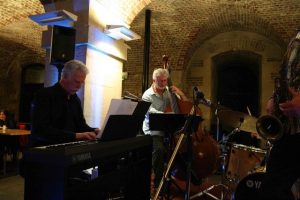