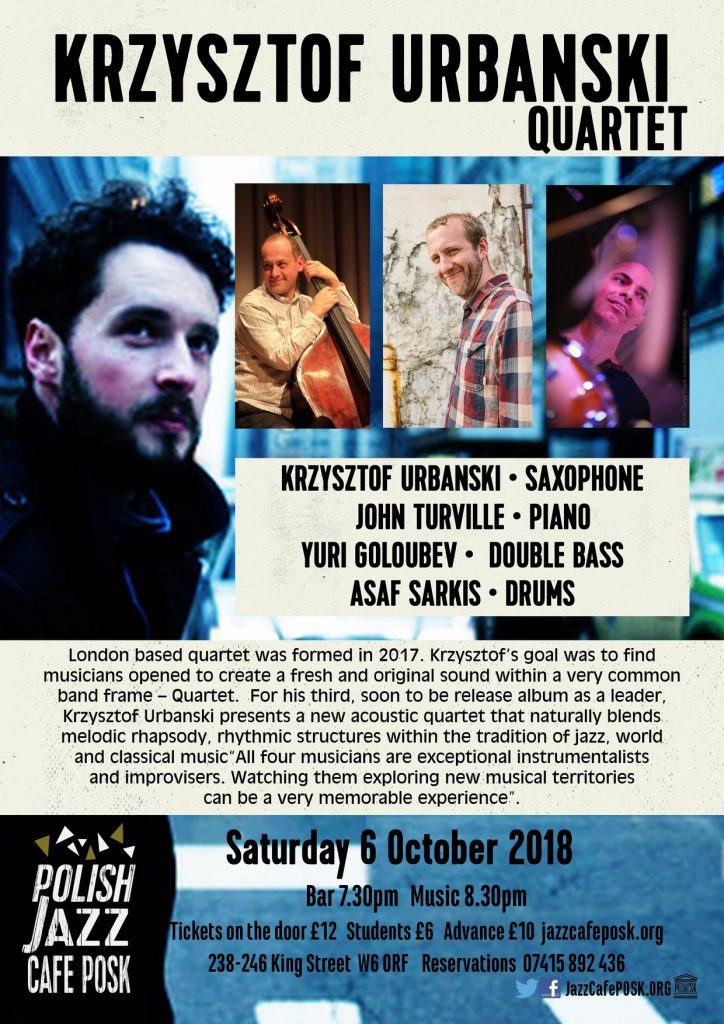 London based quartet was formed in 2017. Krzysztof’s goal was to find musicians opened to create a fresh and original sound within a very common band frame – Quartet.

For his third, soon to be release album as a leader, Krzysztof Urbanski presents a new acoustic quartet that naturally blends melodic rhapsody, rhythmic structures within the tradition of jazz, world and classical music

“All four musicians are exceptional instrumentalists and improvisers. Watching them exploring new musical territories can be a very memorable experience”.

Recommended by The Thelonious Monk Institute of Jazz in Los Angeles. 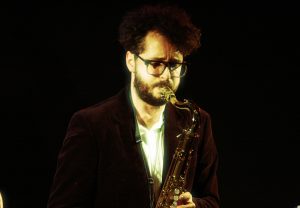 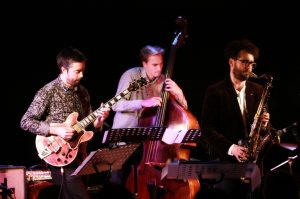 John Turville is one of the leading UK pianists of his generation, and has released three albums under his own name, with the most recent due for release on Whirlwind Records in 2019, featuring the world-renowned Julian Arguelles on tenor and soprano sax. He has won multiple awards for his two trio albums including MOJO’s #3 Jazz Album of the Year (2012), and ‘Best Album’ in the Parliamentary Awards 2011. John was also a joint winner of the 2009 PRS Promoter’s Choice Award and was awarded ‘Best Instrumentalist' in the 2010 London Jazz Awards as well as reaching the semi-finals in the Martial Solal Jazz Piano Competition in Paris the same year.

John co-runs the E17 jazz collective and curates their program and festival, as well as conducting and composing for the 13-piece E17 Large Ensemble, his tango quintet ‘Almagro Ensemble’ and his sextet ‘Solstice’, featuring Brigitte Beraha and Tori Freestone, who’s debut album ‘Alimentation’ was released on Two Rivers Records in 2017, accompanied by a twenty date Arts Council tour. Their second album is due for release in 2018.