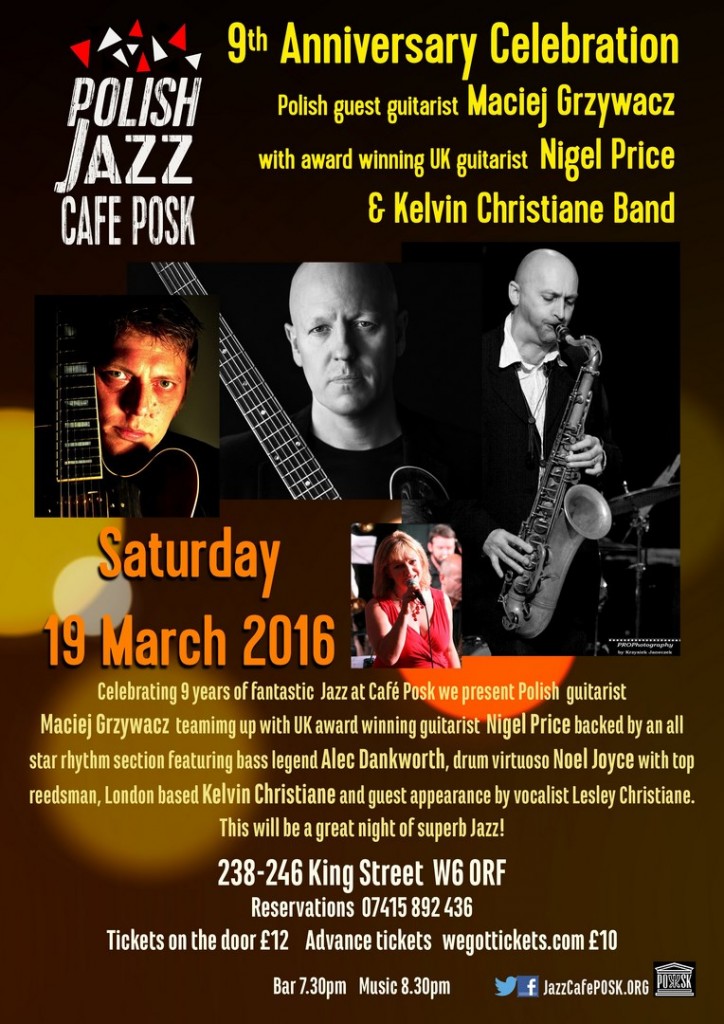 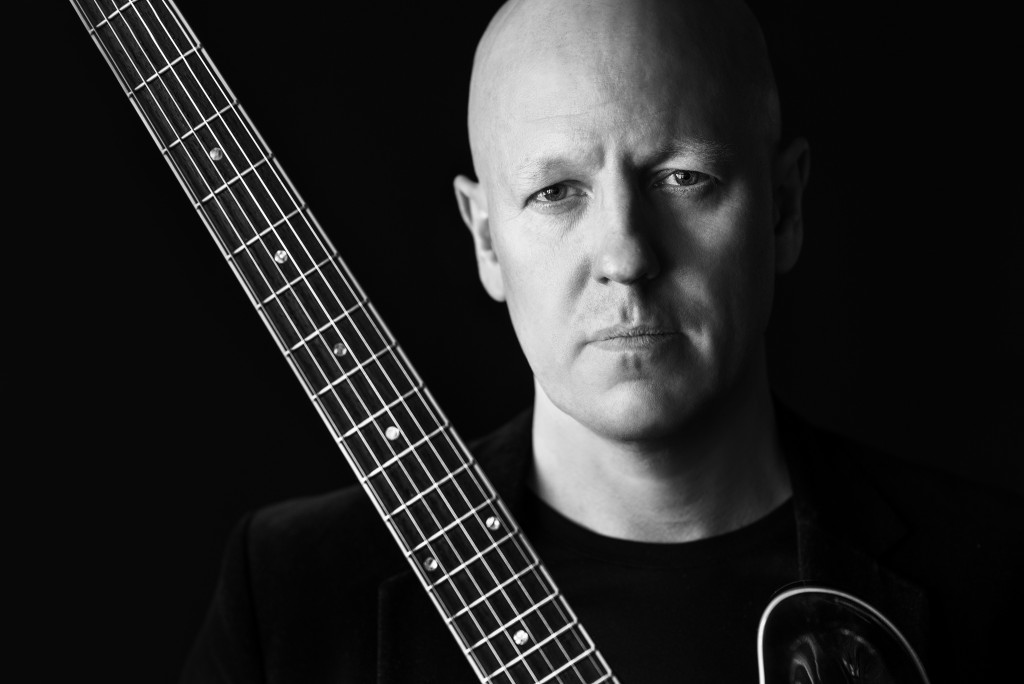 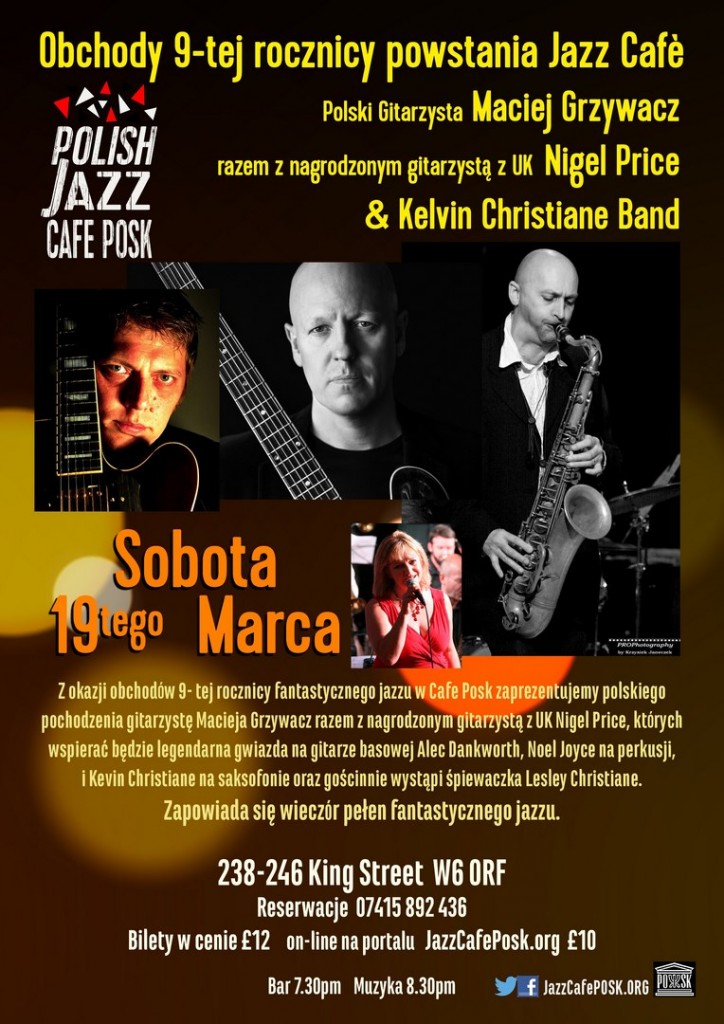 He has played on many recordings with major artists and has recorded 6 solo projects performing his own compositions, the last of which “Connected” from 2015 won major critical acclaim. He was also a member of Fryderyk award nominated Polish Jazz group (0-58) together with Krystyna Stanko.

This Concert will be his first appearance in London. 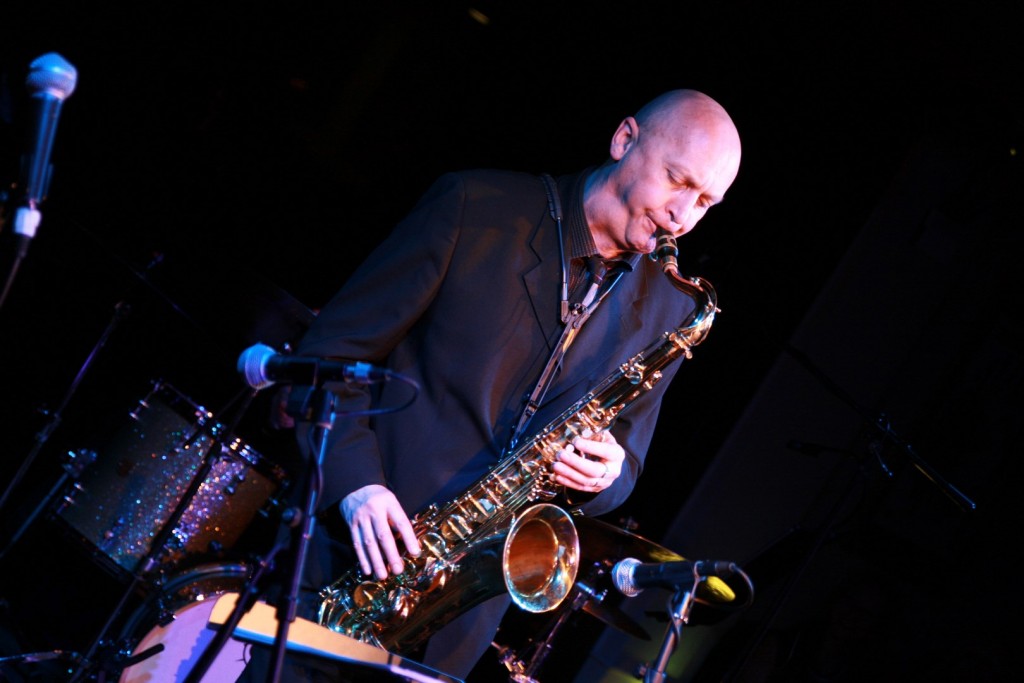 Kelvin Christiane is a stalwart on the British Jazz scene and has been leading his own bands for nearly 20 years releasing 18 CD’s of his originals and standards.

Kelvin performs regularly at the major festivals in the UK and Europe including Nice and Montauban, France and Sopot in Poland.

Kelvin is a great friend of the Polish Jazz Café and performs on stage monthly with Willie Garnett’s Big Band. He also runs the Twikenham Jazz Club. 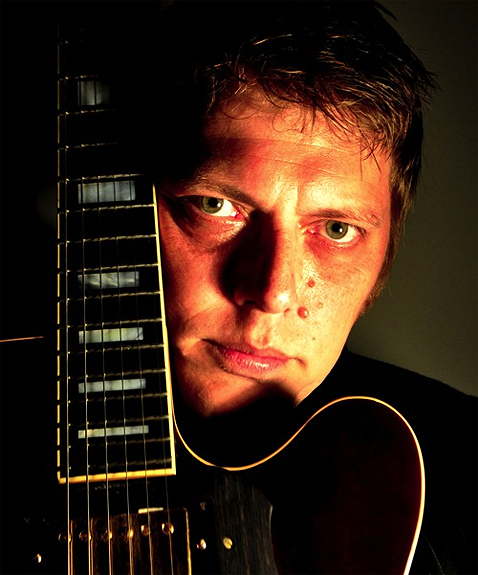 Nigel Price - who led his organ trio to pick up the 2010 Parliamentary Jazz Award for “best jazz ensemble” is one of the most highly regarded and in demand guitarists on the UK jazz scene today.

He spent three years with UK funk legends - the James Taylor Quartet, placed third in the 2014 British Jazz Awards for “best guitarist” and is also a regular performer at Ronnie Scott’s, where he has played over 400 times.

His blend of flowing bebop lines, deep blues feeling and mastery of chording has made him instantly accessible and popular with jazz audiences.

Alec Dankworth, son of the famous Dankworth family Alec is an award-winning jazz bassist and composer who, in addition to leading several groups of his own, has worked with an amazing list of artists including Van Morrison, Stephanne Grappelli, Abdullah Ibrahim, and The Dave Brubeck Quartet. He is known for his energetic stage presence, versatility of style and some of the most imaginative bass solos around!