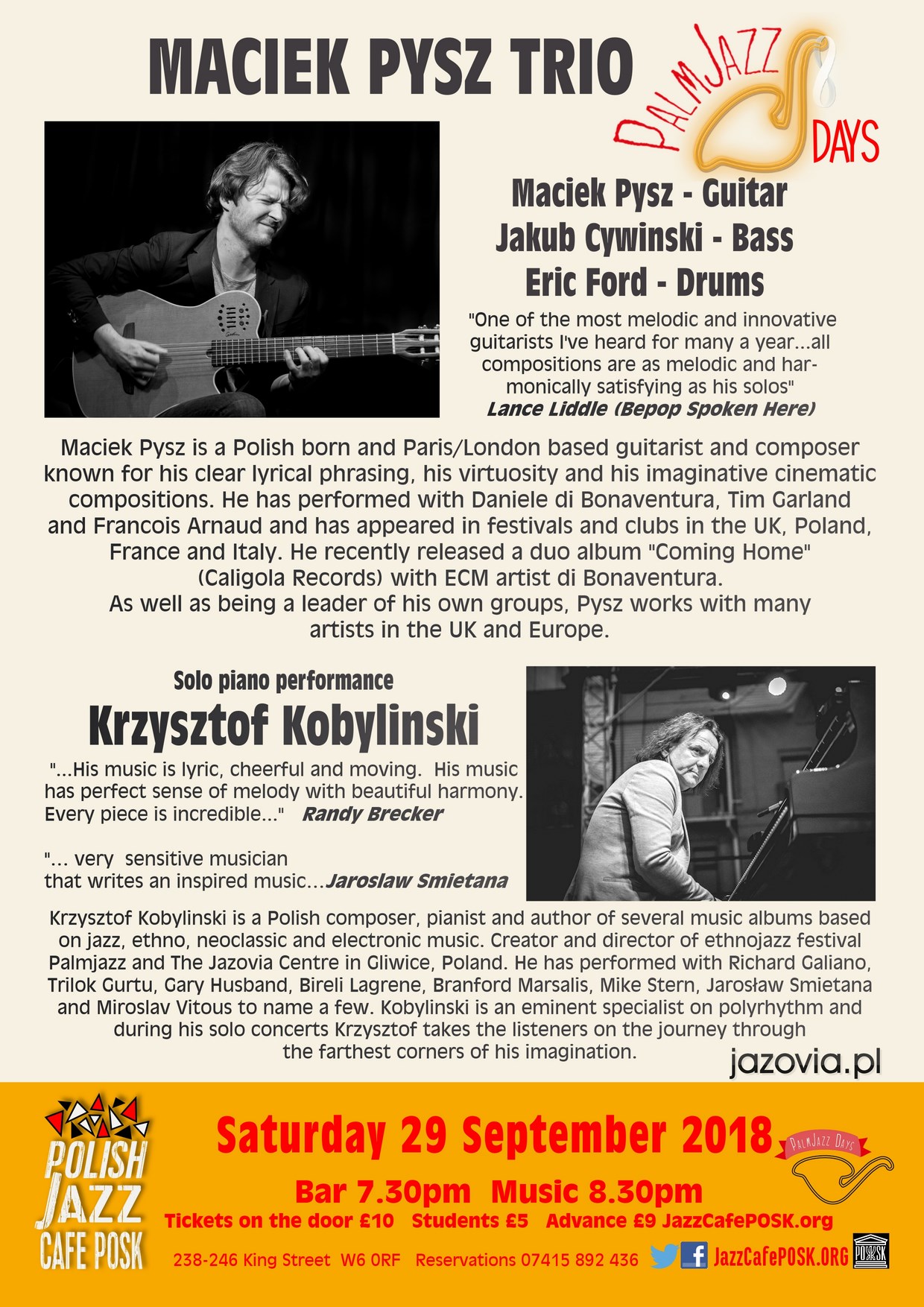 Maciek Pysz is a Polish born and Paris/London based guitarist and composer known for his clear lyrical phrasing, his virtuosity and his imaginative cinematic compositions. He has performed with Daniele di Bonaventura, Tim Garland and Francois Arnaud and has appeared in festivals and clubs in the UK, Poland, France and Italy. He recently released a duo album “Coming Home” (Caligola Records) with ECM artist di Bonaventura. He tours widely with Inwardness, a trio from France, appearing at festivals in Europe and at Manchester Jazz Festival 2017. Inwardness will release its debut album in 2018 on Ozella Music. Pysz plans to release his brand new solo guitar album in late 2018. His debut album Insight features Yuri Goloubev and Asaf Sirkis, and ECM artist Daniele di Bonaventura appears on his second album, A Journey. This album, released on Dot Time Records, received several 4 star reviews, including one from Ian Mann who wrote “Pysz is a quiet virtuoso who has developed into one of the most distinctive guitarists around”.  In May 2017 he released a duo album London Stories (33Jazz) with guitarist Gianluca Corona which received a 5 star review from Lance Liddle  “There won’t be many if any, better guitar albums either side of the Atlantic this year.” ***** Pysz has toured the UK on major tours to support the release of his albums, and received  a Grant for the Arts from Arts Council England on three occasions, and Jazz Services awards for recording and touring. Of his live performances, one critic referred to the “refreshingly clean, quicksilver beauty of Maciek Pysz’s guitar”. As well as being a leader of his own groups, Pysz works with many artists in the UK and Europe.

“However impressive his technique may be, it is certainly not ‘showy’ – everything is at the service of creative expression” 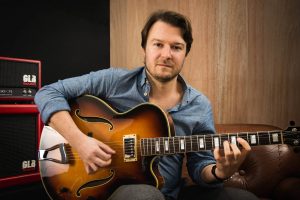 Krzysztof Kobylinski is a Polish composer, pianist and author of several music albums based on jazz, ethno, neoclassic and electronic music. Creator and director of ethnojazz festival Palmjazz and The Jazovia Centre in Gliwice, Poland. He has performed with Richard Galiano, Trilok Gurtu, Gary Husband, Bireli Lagrene, Branford Marsalis, Mike Stern, Jarosław Śmietana and Miroslav Vitous to name a few. His playing can be described as unique with a charming sound and his compositions are truly original with beautiful melodies. Kobylinski is an eminent specialist on polyrhythm and during his solo concerts Krzysztof takes the listeners on the journey through the farthest corners of his imagination.

“…His music is lyric, cheerful and moving.  His music has perfect sense of melody with beautiful harmony. Every piece is incredible…”

that writes an inspired music…”

“…his compositions are really beautiful, there is a lot of sensibility and melodiousness… his music is like a time travel and like a movie…” 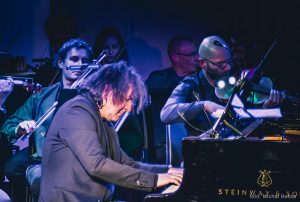