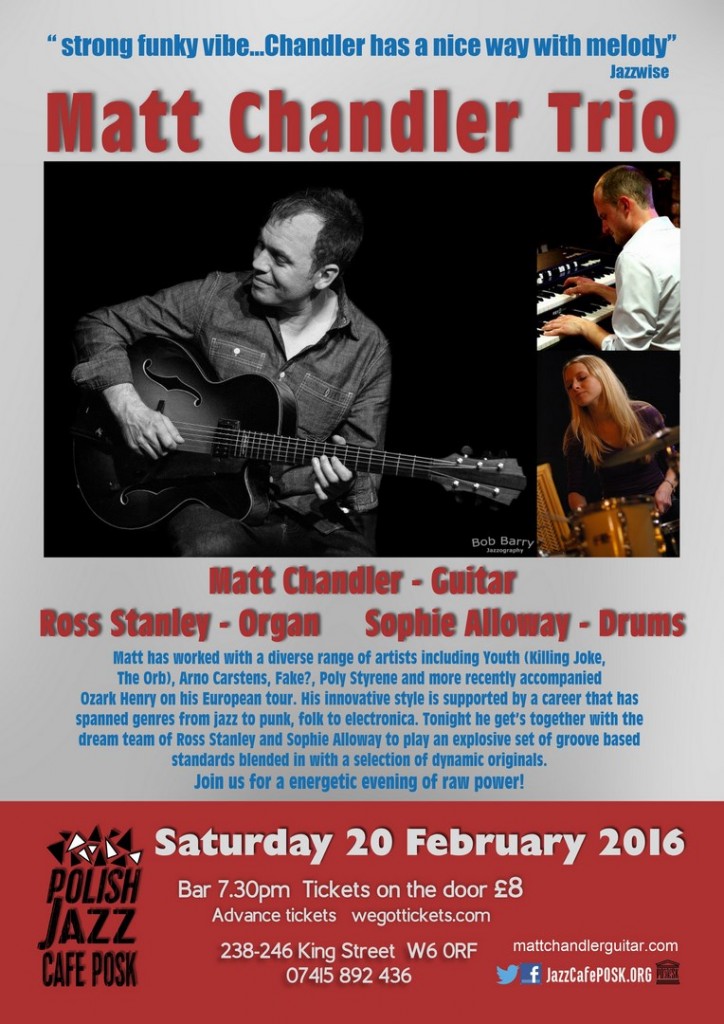 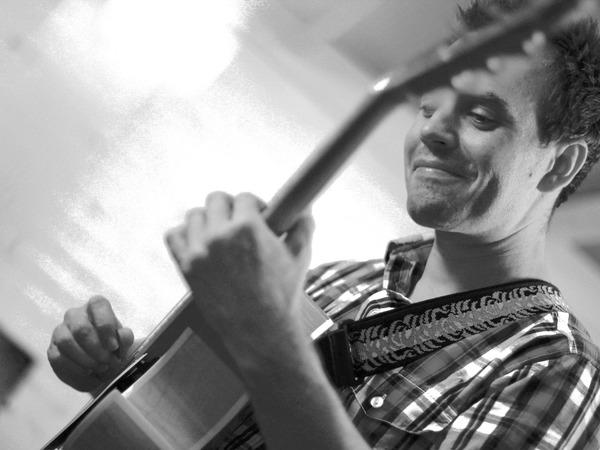 His innovative style is supported by a career that has spanned genres from jazz to punk, folk to electronica.

TONIGHT he get's together with the dream team of ROSS STANLEY and SOPHIE ALLOWAY to play and explosive set of groove based standards blended in with a selection of dynamic originals!

Ross Stanley's musical skills have kept him in high demand, seeing him play with jazz names such as Will Vinson, Dennis Rollins, Guy Barker, Joel Frahm, Liane Carroll, Stan Sulzman, Steve Arguelles, John Paracelli, Bobby Wellins, Clark Tracey, as well as being a regular member of the Jim Mullen Organ Trio, the Mark McKnight Organ Quartet and the Jacqui Dankworth band and performing in many small and large ensembles – Nostalgia 77 Octet, The Heritage Orchestra. Ross has also toured with Steve Howe Trio, Deodato and has recorded for Goldie, US3, Trevor Horn and Simply Red among others. Ross is a Hammond endorsee.

Sophie Alloway is a busy freelance drummer, based in London, working in a variety of musical settings for a wide range of artists.

She played drums for rapper Roots Manuva for two years; touring the UK, Australia and New Zealand with him. As well as appearing on Later With Jools Holland, Mercury Music Prize and BBC Introducing she has played top festivals including Glastonbury, Hop Farm and Bestival; whilst also touring with the Michael Jackson musical 'Thriller'.

Sophie has been a member of the popular group Lydian Collective since mid 2013, with over 250,000 YouTube views across their videos.

She has most recently been in the studio with Wild Card, Patrick Naylor, Lydian Collective, Kate Dimbleby and Zeeteah Massiah. 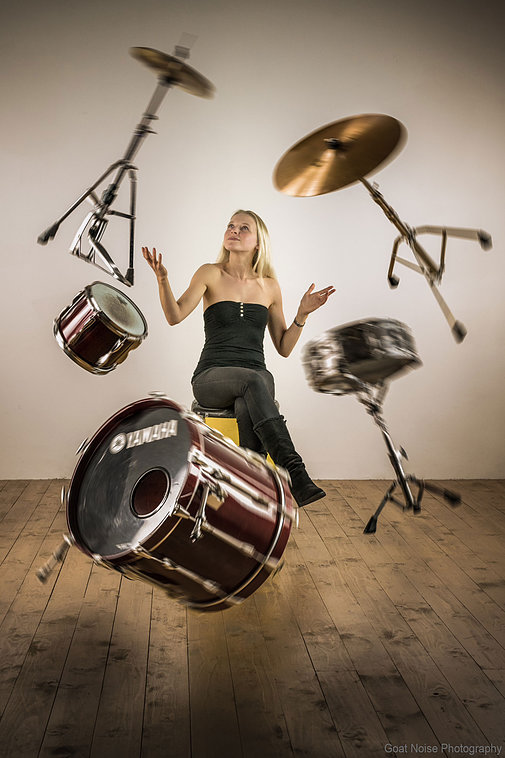