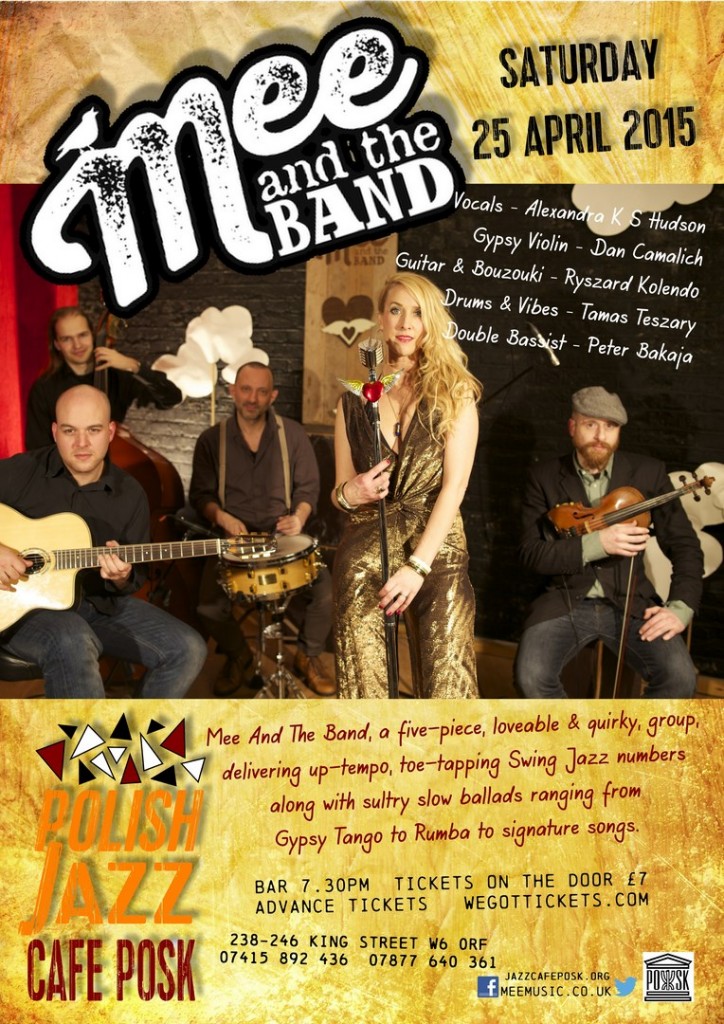 Mee And The Band are a five-piece, loveable & quirky, group, delivering up-tempo, toe-tapping Swing Jazz numbers along with sultry slow ballads ranging from Gypsy Tango to Rhumba to signature songs.

The band comprises of...

Expect dollops of ad-libbing and oodles of tongue-in-cheek fun!

Lead Vocalist - Alexandra composes all of the group's original works and describes herself as a prolific songwriting factory who can't be stopped or pinned down to any one genre. However, most recently, Alexandra has developed her live act in the direction of her Polish Eastern European roots, delivering all of her usual catchy songs in the crowd-pleasing genre of 'Acoustic Gypsy Jazz'.

Highlights from the last two years include Alexandra's live performance on The Proud 2 stage in the O2 Arena London, an appearance on a BBC Introducing stage and broadcast on BBC Radio South's programme, BBC introducing.

“Music & nature is the gypsy home, freedom to let the spirit roam.”