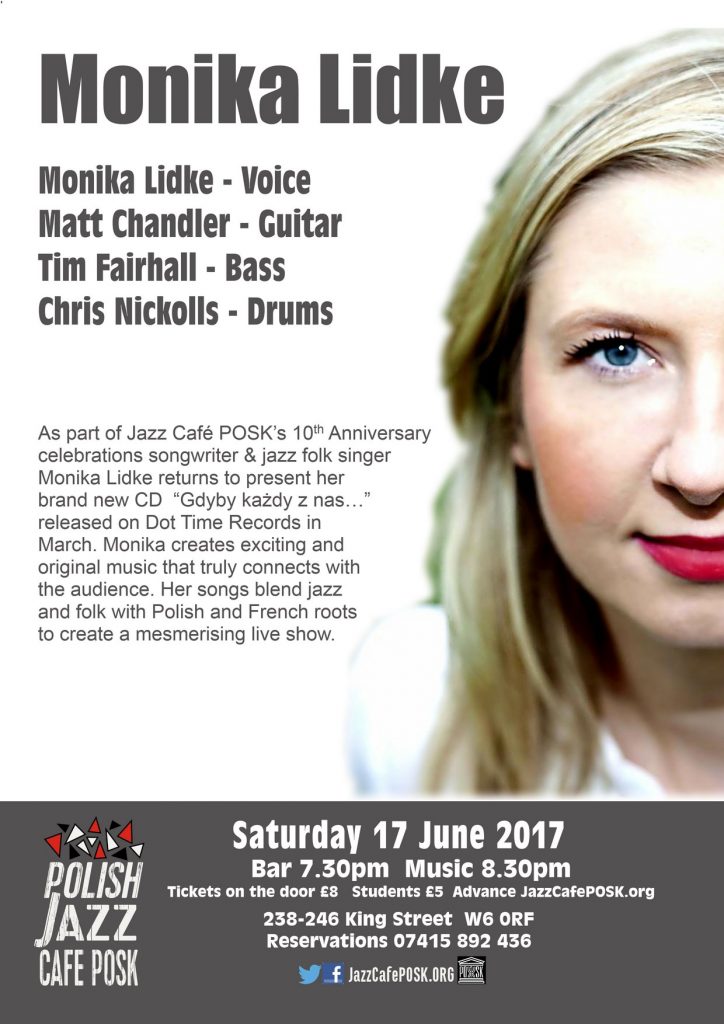 Monika Lidke is a singer-songwriter of Polish origin, currently living in London. She creates exciting and original music that truly connects with the audience. Her songs blend jazz, folk and Latin grooves with Polish and French roots to create a mesmerising live show. After many years spent in Paris, Monika moved to London in 2005, and her debut album, “Waking up to Beauty” was released in 2008. Here’s how the famous radio presenter Marek Niedzwiecki (National Radio 3 in Poland) describes Monika’s music: ”Beautiful, delicate, addictive. I can’t get this music out of my head. It’s so good. My sincere congratulations Monika, I am a big fan of yours.”
Monika’s second album “If I was to describe you” was an opportunity for the artist to collaborate with two outstanding guests: Basia Trzetrzelewska (vocals) and Janek Gwizdala (bass guitar). Her band recently played a show at the Polish Radio House Agnieszka Osiecka Studio. They have performed at numerous well known jazz clubs (Ronnie Scott’s Bar, Pizza Express Jazz Club) and festivals: London Jazz Festival, Rhythms of the World Festival, Manchester Jazz Festival. Monika is often invited on TV and radio shows and her music is described as a very intimate affirmation of life with soothing and healing qualities. 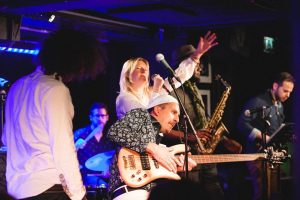 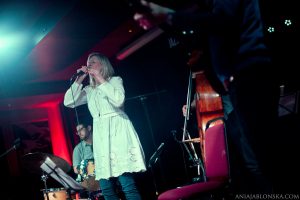 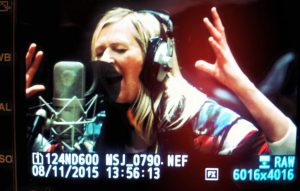