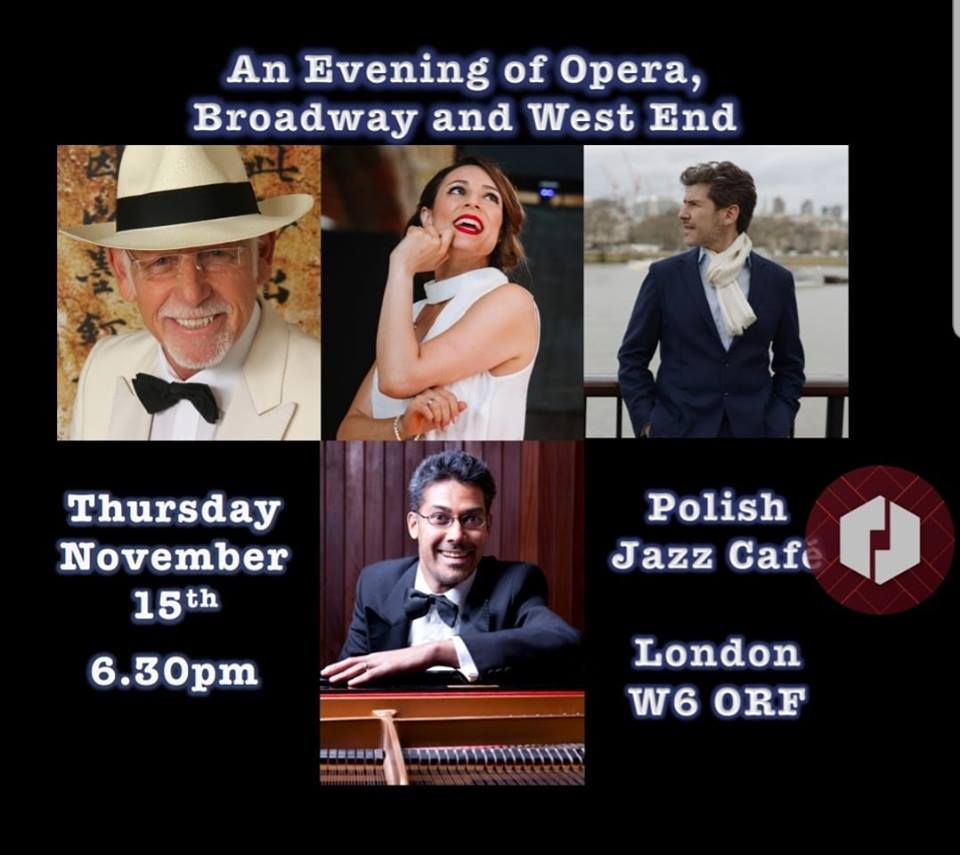 Following the success of One Enchanted Evening in Devonshire Square, Yuri Sabatini has organised a great show putting together a suberb cast of singers to give you an unforgettable experience: a soireè of Opera, Broadway hits and West End tunes.

This time the charming Tenor will introduce The International Baritone Virtuoso Paul Rhodes , recently back from his New York Concerts .They will perform alongside the superb, stunning Soprano Honey Rouhani, accompanied at the piano by the versatile and sensitive Chris Taylor.

You will be taken on a fantastic journey through a selection of songs and duets from the world of Opera, Broadway, the West End and more...

The Polish Jazz Cafe warmly invites you to join Yuri Sabatini and Paul Rhodes for a magical evening that will leave you wanting for more! 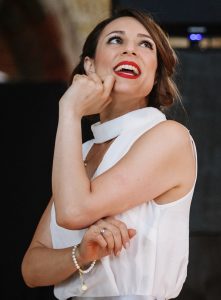 Versatile British-Iranian soprano, Honey Rouhani, recently won the 3rd prize and the ‘Special’ Jury prize for ‘Best Interpretation’ in the Montecatini International Opera competition in Italy. She also made her West End opera debut as Musetta in Puccin’s La bohème at the Trafalgar Studios (Olivier Award Nominee 2017/18). Critics described her as a “an utter revelation” and “The most memorable part of the Opera”.

In October 2018 Honey premiered a new work by Spanish composer Toni Castells where she depicted a Persian Singer at the LSO St Lukes.

A graduate from the Trinity Laban Conservatoire of Music and Dance in Vocal, Opera studies (Leverhulme Trust scholar), she continues her studies with Alison Wells.

Honey enjoys a busy life on both the Opera and recital stage. She is currently touring the UK with Dulwich Opera Company singing the role of Despina in Mozart’s ‘Così fan tutte’ (Tour ends 2nd of November 2018)