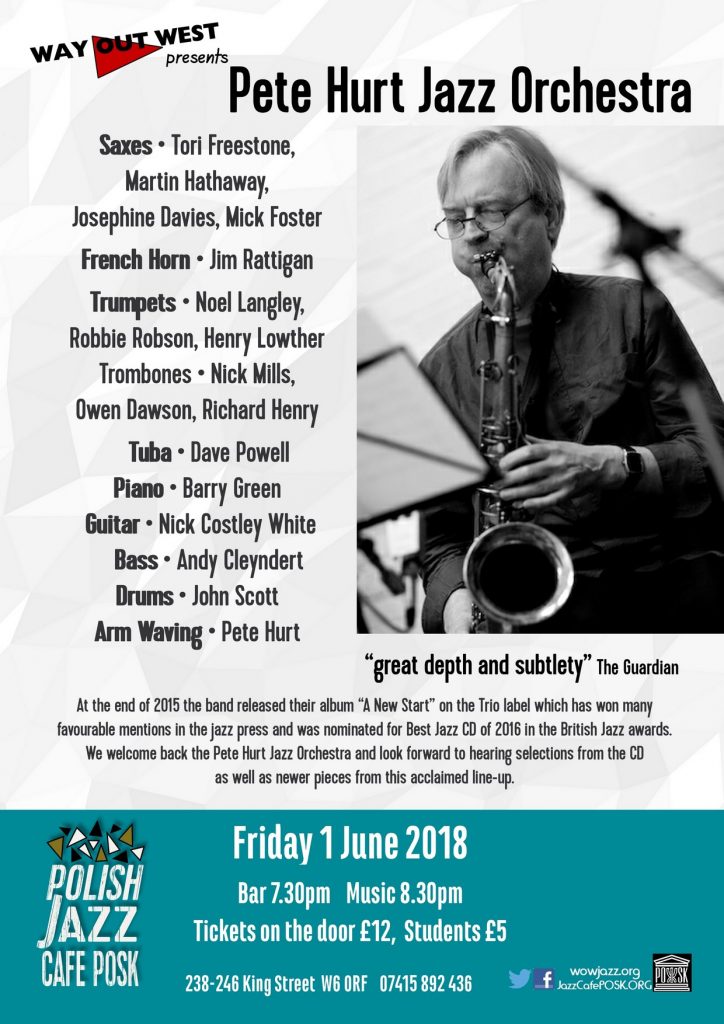 TICKETS AVAILABLE ON THE DOOR ONLY.

At the end of 2015 the band released their album “A New Start” on the Trio label which has won many
favourable mentions in the jazz press and was nominated for Best Jazz CD of 2016 in the British Jazz awards.
We welcome back the Pete Hurt Jazz Orchestra and look forward to hearing selections from the CD
as well as newer pieces from this acclaimed line-up.

Pete Hurt has quietly been part of the London jazz scene for almost four decades and has developed one of the most uniquely distinguishable sounds and styles. Apart from his great saxophone playing he has also been recognised for his compositional and arranging skills.

“One of the most distinctive tenor players in the UK”.

“Pete Hurt is a powerful presence”.