Piotr Wyleżoł – is a Polish multi-award winning jazz pianist and composer. He began his performing career playing in the groups of renowned Polish artists like polish jazz-legend Janusz Muniak and Jarosław Śmietana, among others, while still a student at the Jazz Department of the Karol Szymanowski Academy of Music in Katowice, Poland.

From the age of 10 he appeared with the Rybnik Philharmonic Orchestra, playing piano concertos by Mozart and Beethoven and also received top honours at numerous jazz festivals and international jazz competitions, including the famous “Jazz Juniors” in Krakow (1th Prize), Grand Prix of “Key to a Career” competition, individual award for Best Instrumentalist on “Jazz On The Oder”, and the International Jazz Improvisation Competition in Katowice.

The Piotr Wyleżoł Trio is one of most recognizable names on the polish jazz scene. After their debut album “Yearning”, released in 2001 the music press was generous in its praise: “This is one of the most interesting debut albums to come out in some time. A trio of young Polish musicians has created a musical atmosphere on this CD which is on a par with some of the finest work in this genre.” (Jazz Forum, November 2001). In 2006 they released their second CD, “Piano Trio”, and in 2009 the renowned label Fresh Sound Records released their third Trio project, “Children's Episodes”. This CD was issued on that label's New Talent series, which includes names like Brad Mehldau, Kurt Rosenwinkel and Chris Cheek, among others. The Piotr Wyleżoł Trio were the first Polish group to have been included by Fresh Sound in this distinguished circle of musicians. “Children's Episodes” was also nominated for a Fryderyk Award (Poland's equivalent of a Grammy), in the Jazz Album of The Year category.

In addition to the Trio’s studio albums, Piotr has also recorded two live albums. The first “Quintet Live” was released in 2010 and included guest musicians Adam Pierończyk on sax, and David Doruzka on guitar, while the second - titled “DuoDram” - is a piano duo concert with Sławek Jaskułke, recorded at the “Jazz in Gdynia” festival.

Piotr is a regular on the jazz stage and has had the honour of cooperating and creating music with a number of leading figures, including: Billy Hart, Gary Bartz, Jan Ptaszyn Wróblewski, Jarek Śmietana, Urszula Dudziak, Ewa Bem, Tomasz Stańko, Bennie Moapin, Tomasz Szukalski and amongst many others. He also has worked regularly with world-class violinist Nigel Kennedy, taking part in his own projects as well as performing classical concerts playing harpsichord in a repertoire of Bach and Vivaldi.

Since 2007 Piotr Wyleżoł leads the jazz piano class at the Krakow Academy of Music's Jazz and Modern Music Department.

“One of Europe’s most prodigiously talented pianist”…Blues & Soul, Emrys Baird 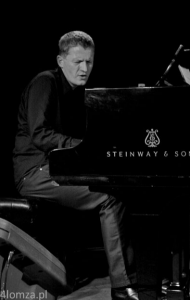 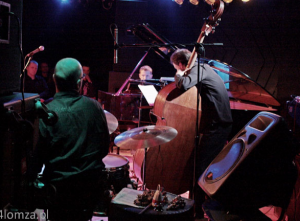 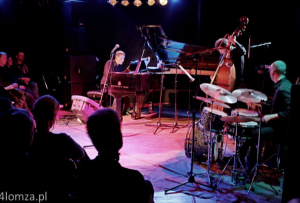