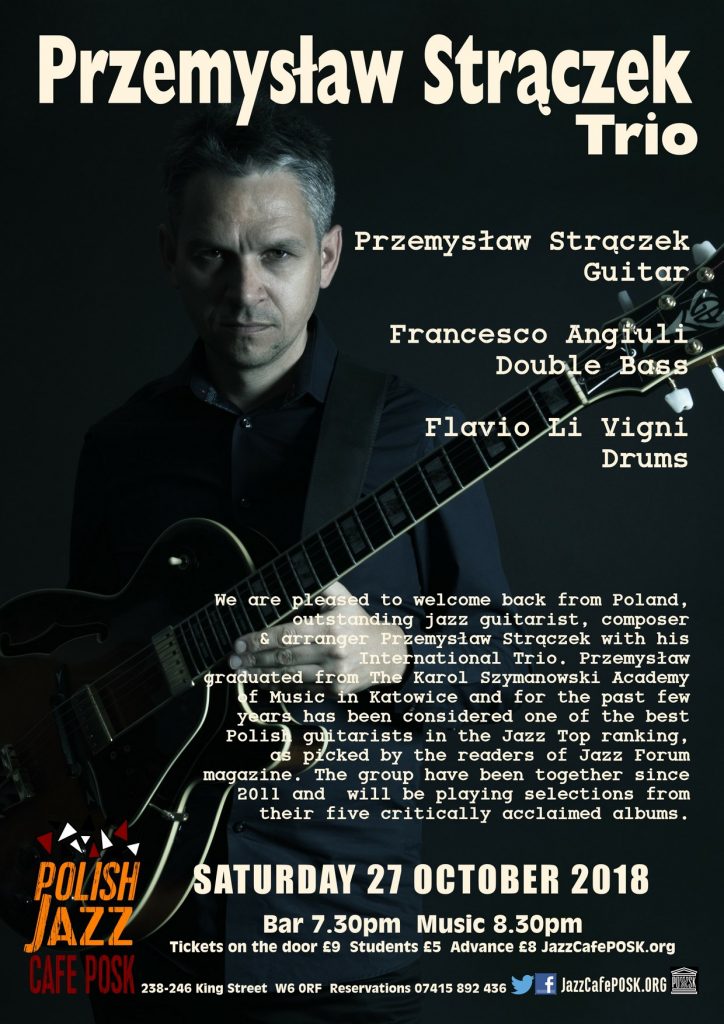 Przemysław Strączek is a Polish jazz guitarist, composer, arranger and educationalist who graduated from The Karol Szymanowski Academy of Music in Katowice, a laureate of the Marek Bliziński Jazz Guitarist Master Competition in Warsaw, one of the seven finalists of Thailand International Jazz Conference Solo Competition in Bangkok (jury: Danilo Perez, Ben Street, Adam Cruz)

For the past few years he has been considered one of the best Polish guitarists in the Jazz Top ranking, as picked by the readers of Jazz Forum. In 2013 Strączek received a Special Award of the Minister of Culture and National Heritage for artistic achievements. The participant in two programmes: the Polish Culture in the World, organized by the Adam Mickiewicz Institute; and the Scottish Jazz Association of Bridge Music. He gave concerts in many social and cultural centres, as well as jazz festivals in Poland, Czech Republic, Spain, Italy, UK, USA, Thailand, China, Malaysia and Singapore. Since 2011 he has been the leader of Przemysław Strączek International Group, which consists of musicians from Poland, Italy and the UK. He is the author of five albums "Earthly Room" (2007), "Light & Shadow” (2010) „Evans" (2012) recorded with Hong Kong guitarist Teriver Cheung and „White Grain of  Coffee" (2014) and Three Continents recorded in Singapore and Poland with musicians from Asia and South America. 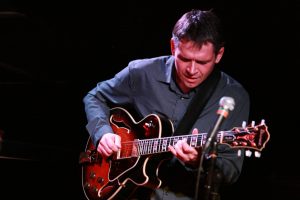 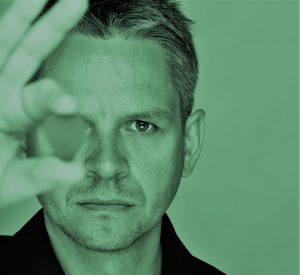 Francesco Angiuli - Born in Monopoli (South of Italy) in 1980, he began playing music in early age, devoting to Oboe and the Piano, but eventually he choosed the Electric Bass (at the age of 15) and the Double Bass (at the age of 17) as his main instruments. He started his academic education in 1991 at the Conservatorio Nino Rota of Monopoli, where he attended the piano lessons of Maestro Giovanni Saponara until he switched to the Double Bass class with the Maestro Michele Cellaro.He got graduated in 2006 (10/10). At the same time he attended the Workshops of the great Franco Petracchi and Ermanno Ferrari. From 1999 till 2002 he studied Electric Bass at Università della Musica and lately at Percentomusica in Rome, where he attended the lessons of Massimo Moriconi and Luca Pirozzi, getting his Degree in 2002. In 2006 he moved to the Netherlands to get specialized in Jazz with the great bass player and producer Hein Van De Geyn (Chet Baker, Lee Konitz, Enrico Pieranunzi, Dee Dee Bridgwaters) at the Royal Conservatory of Den Haag. He also studied with Frans Van Der Hoeven, Roelof Mejer, John Ruocco, Eric Giben, Rob Van Bavel, Henk Huzinga and others, getting his Bachelor Degree in 2009 (cum laude) and his Master Degree in 2011.

Drummer/percussionist was born in Palermo, Italy .The son of a drummer, he began playing at age seven and performed his first professional concerts and recording gigs during his early high school days. After a short period in New York, inspired by the encounter with John Coltrane’s drummer Elvin Jones, Flavio decided to pursue a career in music and moved to Holland to study at The Prince Claus Conservatory, where he received his degree under the direction of American jazz master Ralph Peterson. In 2008 Flavio moved to London where he obtained a Masters Degree in Jazz from the Guildhall School of Music and Drama with support from a Leverhulme Trust Scholarship. Flavio has played and recorded with , among others, with Greg Hutchinson ( Dianne Reeves, Wynton Marsalis, Diana Krall, Harry Connick Jr) Ameen Saleem ( Roy Hargrove), Freddy Bryant, David Berkmann, Gianni Gebbia and his Festival performances include London Jazz festival, Hamburger Jazztage, Alicante Jazz Festival, Bristonas Jazz Festival 2006, Vodice Jazz Festival 2009, Siscia open Jazz and Blues Festival 2009 and Peter Gabriel’s Womad. Having acted in the theatre as a child, Flavio has always had a lively interest in this field and has also composed music for theatrical shows. His two latest recordings, ‘Lorenzo Colella’s Out South’ and ‘O.I.D Live in Hamburg’, both with Fitzcarraldo records, have been critically acclaimed and the ‘O.I.D’ orchestra was voted second best jazz orchestra by the reader pool of Italian magazine Jazz.it.