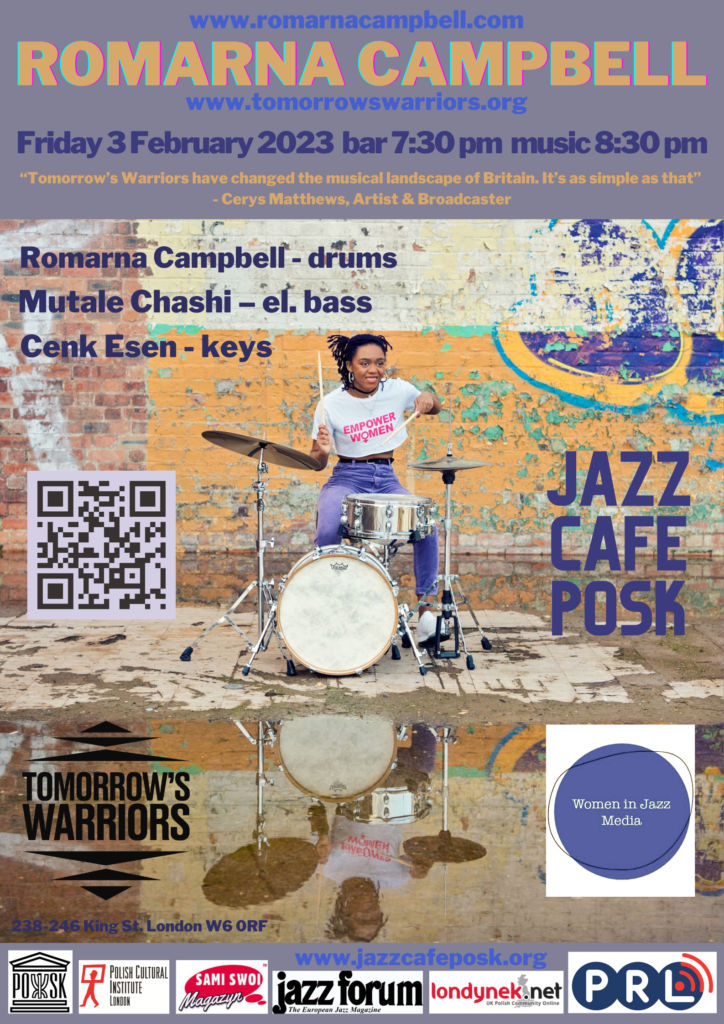 Romarna’s musical storytelling begins with the drums. The nomadic spirit of this exciting drummer, producer and composer lives in her jazz and hip hop-infused music. Her irrepressible energy can be heard on Inherently Political, a super-charged sonic assault on racism that immediately won favour with Anne Frankenstein, Jazz FM’s Tony Minvielle and had her crowned by Jamz Supernova as New Name of the Week.

Her independently released kaleidoscopic debut 25 Songs for My 25th Birthday features Soweto Kinch, Tomeka Reid, Sumi Tonooka and Lady Sanity and takes us deeper into her world of resonant frequencies and conscious vibrations.

Having honed her craft with Berklee College of Music, Tomorrow's Warriors and the Notebenders, Romarna stands on the shoulders of giants and is drawing inspiration from the view as she beats a path forward that is very much her own.

TW nurtures nascent talent and builds engaged, culturally diverse audiences and has been recognised both nationally and internationally, receiving over fifty awards, including the 2021 Impact Award from Jazz FM.

“Tomorrow’s Warriors have changed the musical landscape of Britain. It’s as simple as that” - Cerys Matthews, Artist & Broadcaster

Find out more at www.tomorrowswarriors.org