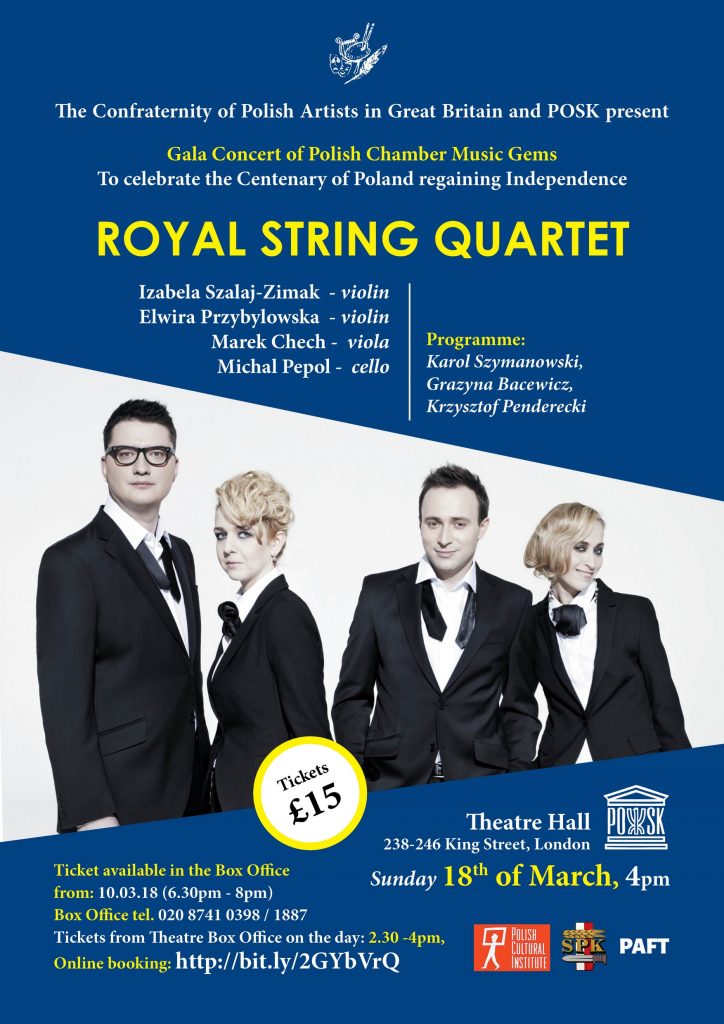 This performance will take place in the POSK Theatre.

Established in 1998 The Royal String Quartet is celebrating its 20th anniversary. During their 20 years of working together the quartet has been widely acclaimed all over the world and firmly established its reputation as one of the best string quartets in Europe. RSQ have successfully performed in many prestigious venues on almost each continent.

RSQ also have a long and illustrious recording career and having released their first four albums in Poland, in 2008 they signed a contract with British label Hyperion releasing 4 CDs so far and a fifth available soon.

RSQ have recorded with pop and jazz artists and have taken part in many projects combining classical music with other musical genres.