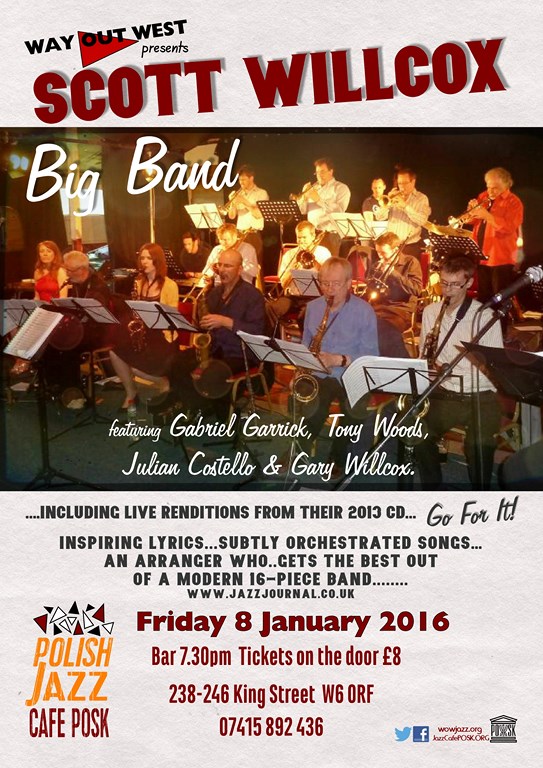 The Scott Willcox Big Band features some of the UK's leading jazzers and has won much acclaim since its debut in 2007. Scott writes the charts for the band. Some of his players who played with George Russell when he visited the UK have said that Scott's music reminds them in places of George Russell's writing.

The album features compositions and arrangements by Scott Willcox played by an all-star line up which includes Gabriel Garrick, Chris Biscoe, Pete Hurt, Andy Gibson and Tony Woods. The CD is available on Marquetry Records.

“Imaginatively arranged and conducted, and impeccably played by an ensemble of highly accomplished musicians ‘Go For It!’ represents a hugely enjoyable big band album. Willcox keeps the virtues of swing and sweetness but deploys them in a contemporary context with consistently interesting rhythms and arrangements in an admirably diverse and well programmed set.

This is a band that should be well worth seeing live...”

“All in all a classy album... There are plenty of highlights... Probably my favourite cut is 'Worth the Wait' (based on Psalm 40,ed.) with some cool laid back singing from Nette Robinson.” 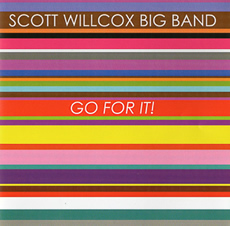 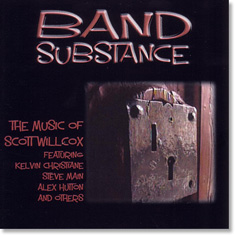