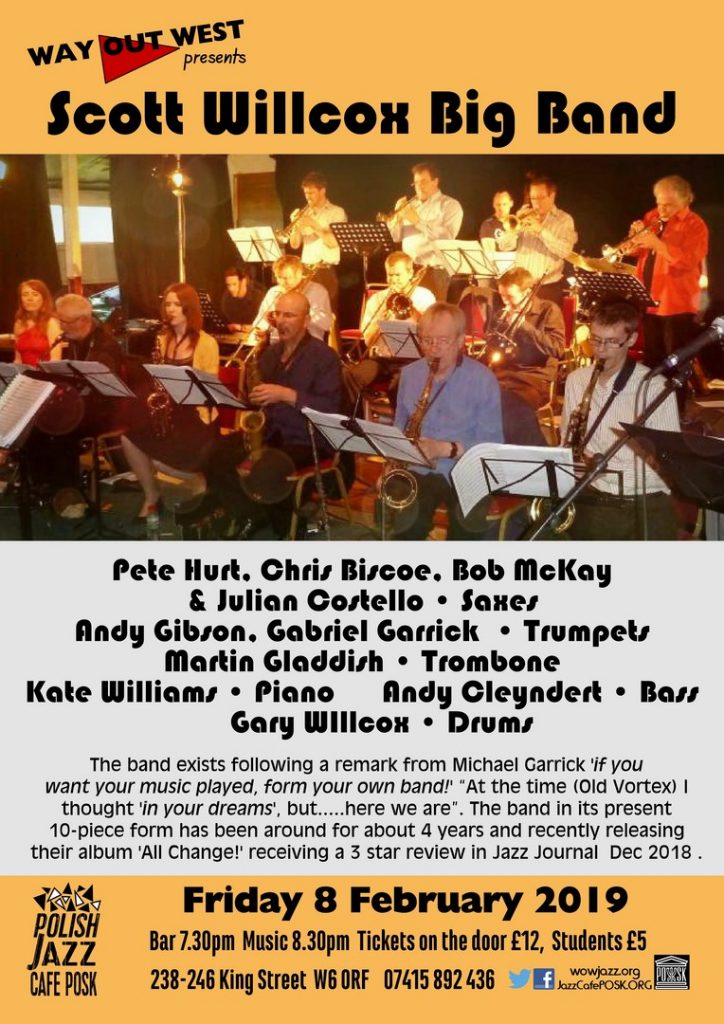 The band exists out of a remark from Michael Garrick ‘if you want your music played, form your own band’. At the time (Old Vortex) I thought ‘in your dreams’, but…..here we are. The band in its present 10-piece form has been around for about 4yrs. A lot of this time has been given to the production of ‘All Change!’, being the first production by this 10-piece orchestration. It gets a 3star review in Jazz Journal Dec 2018″

Way Out West has been putting on Jazz in West London for over 13 years and has become one of the cornerstones of the London jazz scene. We bring you new creative projects every month at Cafe Posk in Hammersmith, and regular events at The Bull’s Head, Barnes, and The Home Guard, Sheen.