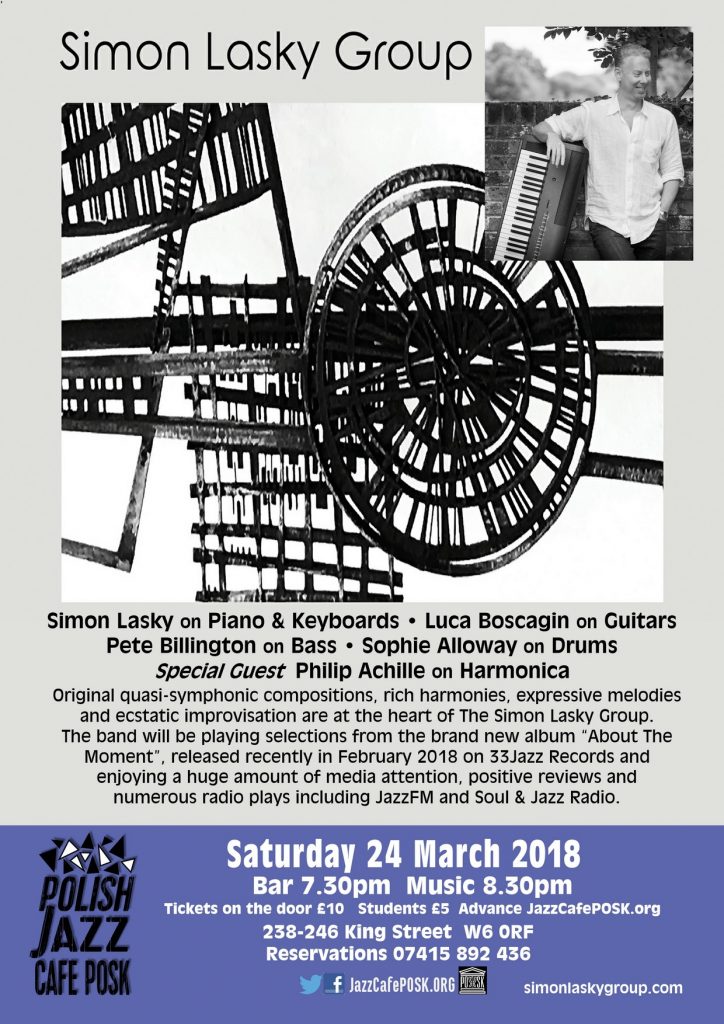 Original quasi-symphonic compositions, rich harmonies, expressive melodies and ecstatic improvisation are at the heart of The Simon Lasky Group.  The band will be playing selections from the brand new album “About The Moment”, released recently in February 2018 on 33Jazz Records and enjoying a huge amount of media attention, positive reviews and numerous radio plays including JazzFM and Soul & Jazz Radio.

Simon Lasky is a pianist, arranger, composer and teacher. He has arranged music for nationwide television and radio advertising campaigns, for recording artists as diverse and Nina Ferro, Des O’Connor, Ed Laurie and Janet Edwards and for internationally acclaimed string quartets and ensembles such as the Afiara String Quartet.

He runs his own “Simon Lasky Group” which is signed to 33Jazz Records and following a critically acclaimed debut release in 2015 “Story Inside” the group has now released the follow-up “About The Moment” which is enjoying a huge amount of media attention.

“About The Moment is a wonderful album that will appeal to a large jazz audience. Highly recommended." [Jazz In Europe review by Jan Veldman, February 2018]

“Lasky’s musical knowledge and arranging skills mean everything is in its right place and the quality of the recording reflects the harmonious nature of the playing.” [Jazzwise Magazine; Peter Bacon CD review, April 2016]

“4/5stars; Excellent; Lasky has a classical grounding and it shows but he also understands jazz and there is a freshness to this music which is lacking in many contemporaries.” [Kind Of Jazz; Sammy Stein CD review, February 2016]

“Lasky’s music is atmospheric, melodic, airy, thoughtful and often influenced by the Pat Metheny Group without being too derivative. The musicians’ mellow tones and the laidback nature of the music means that the results are relaxing but they are also filled with subtle creativity with much of the heat being directly below the surface. ‘Story Inside’ will grow on listeners and is well worth exploring.” [Los Angeles Jazz Scene; Scott Yanow CD review, July 2015] 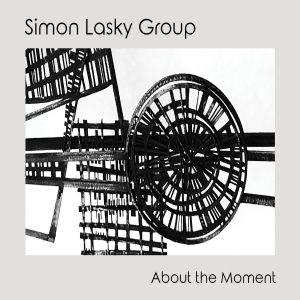