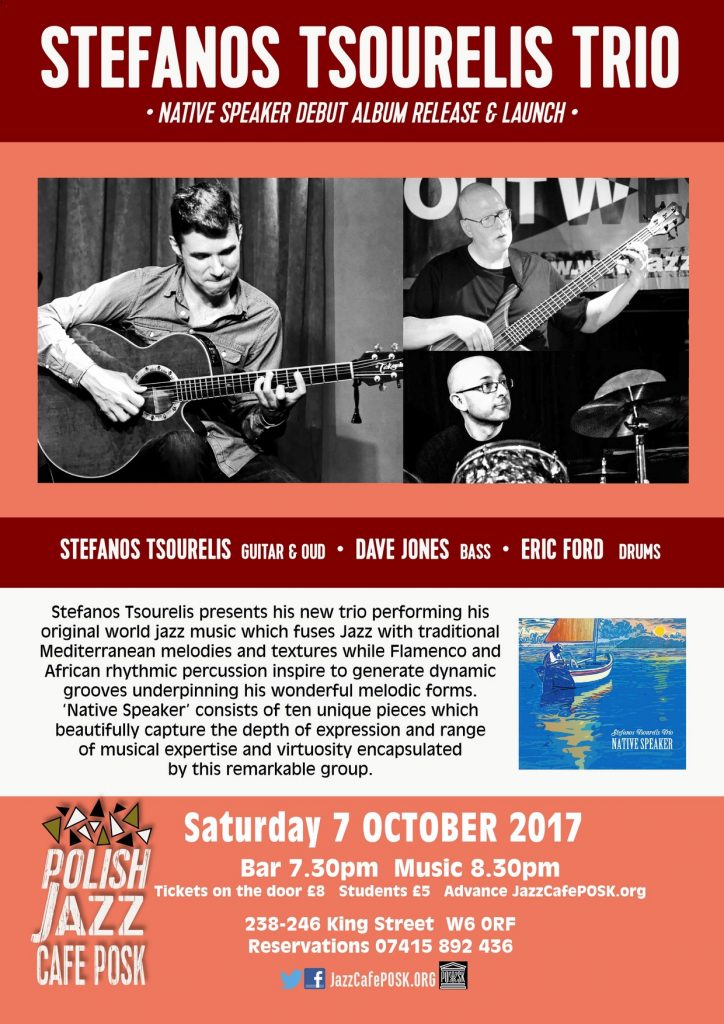 Stefanos Tsourelis presents his new trio performing his original world jazz music which fuses Jazz
with traditional Mediterranean melodies and textures while Flamenco and African rhythmic percussion inspire to generate dynamic grooves underpinning his wonderful melodic forms. He follows inthe footsteps of guitarists such as John McGlaughin and Ralph Towner creating a personal and unique fusion of World Jazz at its very best as a vehicle for his wonderful oud and guitar improvisations. His music is both melodically and rhythmically engaging. Stefanos is from Greece where heoriginally studied Greek lutes and oud before embracing guitar and moving to London where he studied at London Guitar Institute and was awarded ‘Best Guitarist of the Year’ in 2008.

Born in Larisa, Greece, he has been playing music from the age of 10. He took his first lessons on the greek Lute by Yiorgos Deligiannis. Later he studied the Oud with Kuriakos Kalaitzides and guitar with Kostas Maginas in Thessaloniki. At the age of 17 he started performing professionally as a Guitarist and Oud player in local clubs, theatres and festivals across Greece. In 2005 he moved to London and studied at The London Guitar Institute/ Guitar X. He was taught and inspired by great guitarists such as Shaun Baxter, Mike Outram and John Wheatcroft, and was awarded the prestigious title of ‘Best Guitarist of the Year’ in 2008.

During this time Stefanos performed as a guitarist with Andy Thunderclap Newman, and collaborated with London based musicians such as Rom D Collective, Andrew Mckinney, Vasilis Xenopoulos and Duncan Eagles among others. He also lead the world music group Anosis and his own Jazz Fusion Trio.

As a Blues guitarist, Stefanos has performed with Joshua Blue, Sam Kelly, Alix Antony and Robin Bibi, and he also played Jazz Funk as a member of The Groove Warriors with Dave Clayton and Vic Bynoe. He has also performed and recorded on Oud for Noraay Means Light, the Iota Group and currently Melange Collective.

Stefanos is well known for his versatility and ability to move across styles and genres on both the Guitar and Oud, and his musical style incorporates Blues, Rock, Jazz and Mediterranean sounds. His main influences are: Jim Hendrix, SRV, John McLaughlin, Pat Metheny, Jeff Beck, Wes Montgomery and many more. 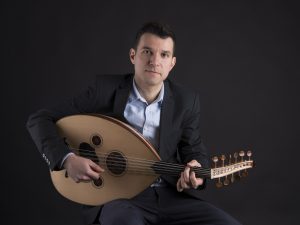 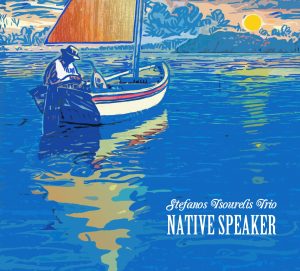