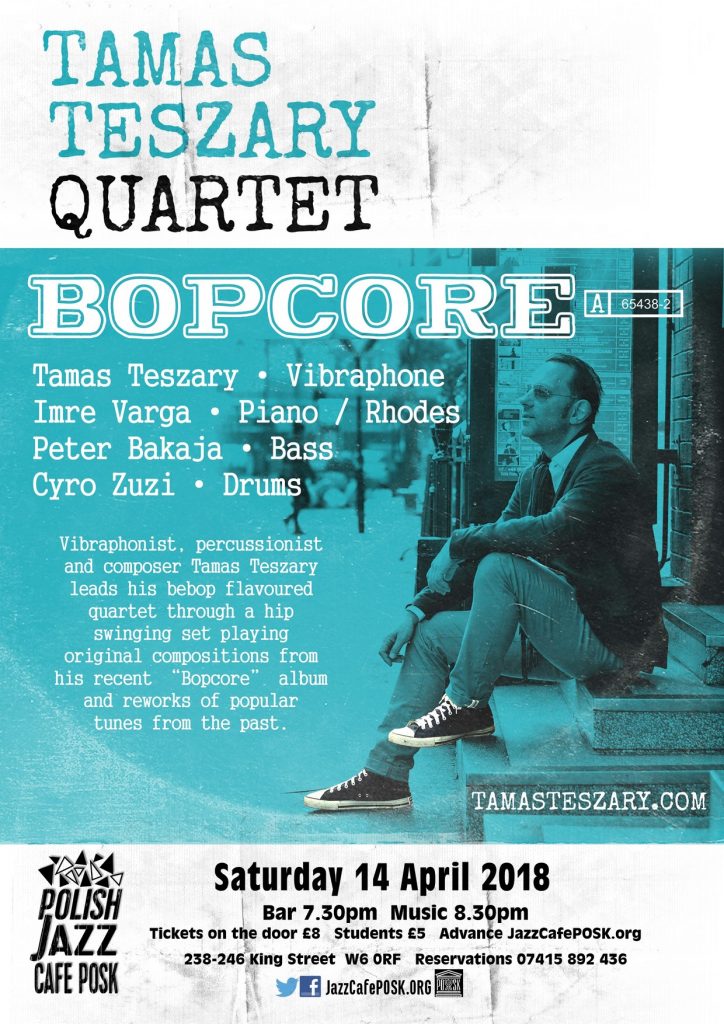 Vibraphonist, percussionist and composer Tamas Teszary leads his bebop flavoured quartet through a hip swinging set playing original compositions from his recent “Bopcore” album and reworks of popular tunes from the past.

further education should be pursued.

He,  then,  continued  his  studies  in  the  Szeged  Conservatoire  where  he  spent  four

years furthering his skills as a classical percussionist, learning to play the whole array

of  the  orchestral  percussion  section  such  as  the  timpani,  vibraphone  and  marimba  to

involved with studio and freelance projects and exploring different styles such as rock,

Tamas  has  shared  the  stage/played  with  such  great  artists  as  Joan  Baez,  Triumph's

Currently  living  in  London,  UK  he  maintains  his  teaching  post  at  Harris  Academy  in

Bermondsey and he is an active participant of the London music scene. 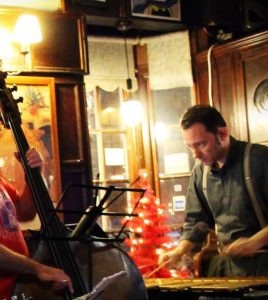 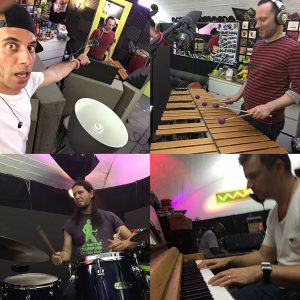