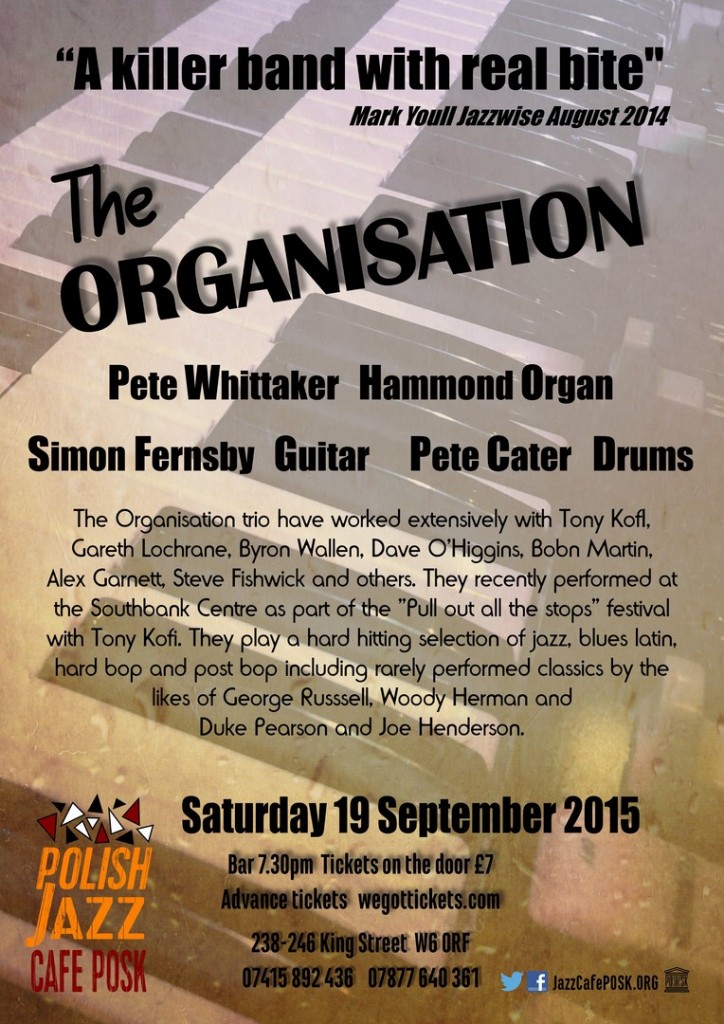 The Organisation trio have worked extensively with Tony KofI Gareth Lochrane, Byron Wallen, Dave O'Higgins, Bobn Martin,Alex Garnett, Steve Fishwick and others. They recently performed at the Southbank Centre as part of the "Pull out all the stops" festival with Tony Kofi. They play hard hitting selection of jazz, blues latin hard bop and post bop including rarely performed classics by the likes of George Russsell, Woody Herman and Duke Pearson and Joe Henderson.

‘A gifted and versatile drummer, at home in any context’ (Rough Guide to Jazz) Pete Cater is a natural self-taught drummer who has been playing since infancy. Although his 30 plus year professional career has encompassed almost the entire musical spectrum, it is his work as a big band drummer and leader that has secured his worldwide reputation. Pete first formed his own big band when still in his teens and of more recent years the Pete Cater Big Band has released three highly acclaimed Cds, broadcast on Radio 3, appeared at major jazz festivals across the UK, and they are doing an ongoing UK wide series of concerts commemorating the music of the late, great Buddy Rich. Pete’s big band expertise sees him in regular demand with a variety of large ensembles including the BBC big Band and the Back to Basie Orchestra. In addition Pete has worked with many international jazz stars in small band settings including Arturo Sandoval, Charlie Byrd, Benny Carter, Buddy De Franco, Terry Gibbs, Al Cohn and currently works regularly with the legendary singer/pianist Buddy Greco. Pete remains in demand as a freelance player and educator with special emphasis on jazz and improvisation.

Simon moved to London in the early 80's. Initially working on the the rock and pop scene he has toured extensively in the UK, Europe, Scandanavia the former Yugoslavia, the US Canada and Japan. Headlining such prestigious venues as The Royal Abert Hall, the Forum, Paris Olympia, the Whiskey a go go and the Universal Amphitheatre Los Angeles. Having also worked for EMI publishing, Phonogram RCA and Rough Trade his TV and Radio credits include The John Peel Show, Top of the Pops BBC 2's Late Show Channel 4's the Word and BBC4's Kalaidascope. After breifly studying with Dave Cliff he has worked with Brighton organist Dave Windross Soul jazz legaend Gary Baldwin, Roger Beaujolais, Sam Gambarini and Gareth Lockrane. With the Organisation he ahs worked with Bob Martin, Steve Fishwick, Jim Hart, Alex Garnett nad Dave O'Higgins amongst others. As part of the "7% Solution" Septet they haev performed at Ealing Jazz Festival and play regularly at the Crypt of St Martin in the Fields. 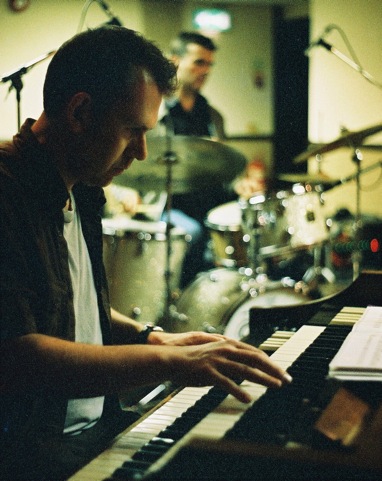 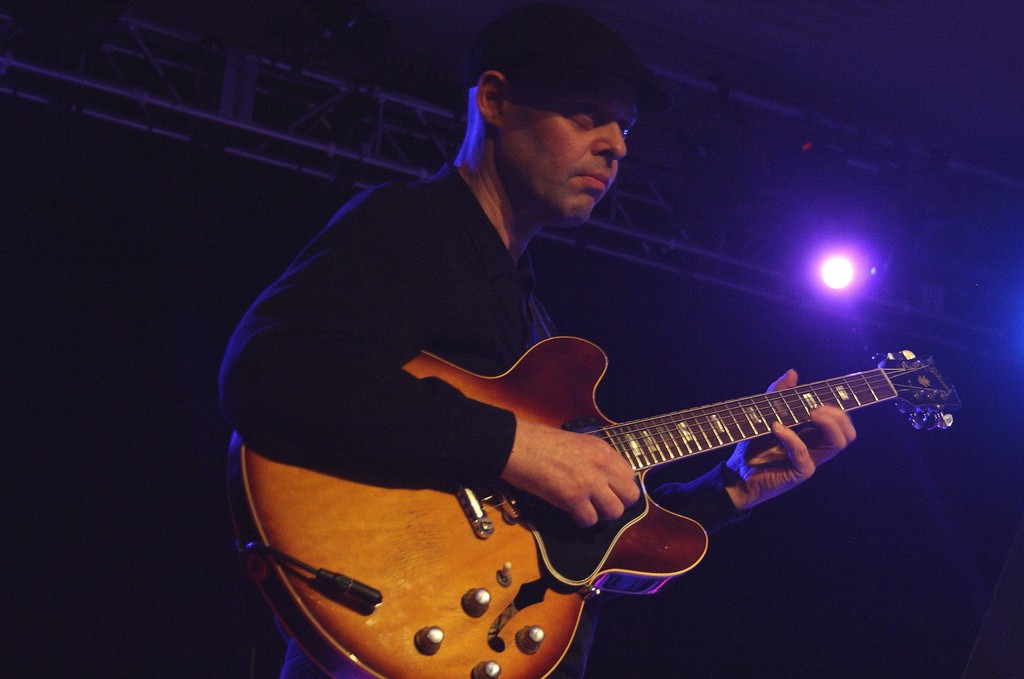 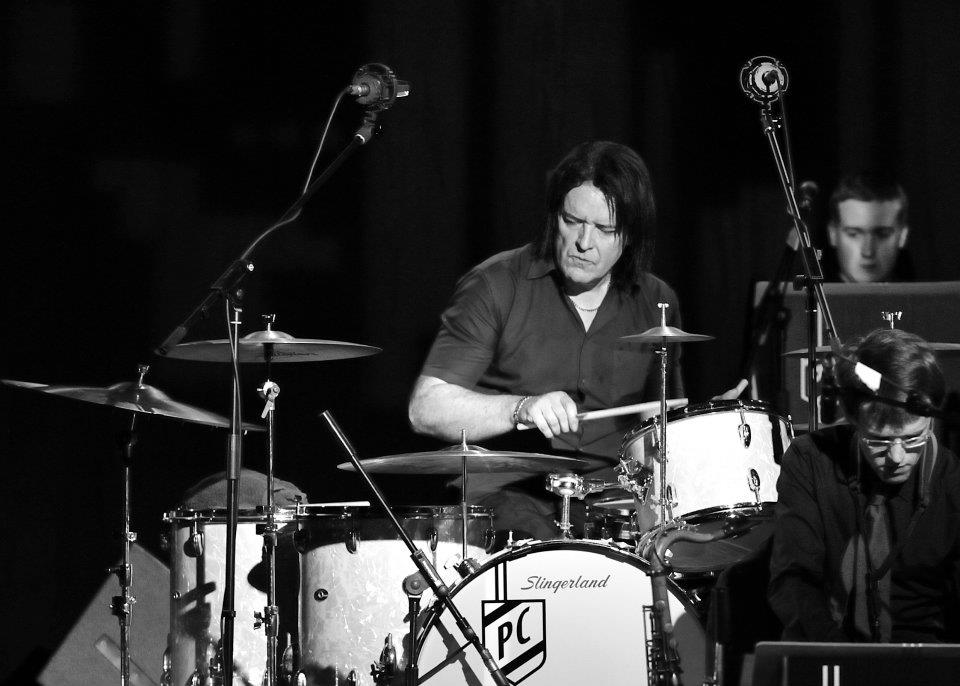