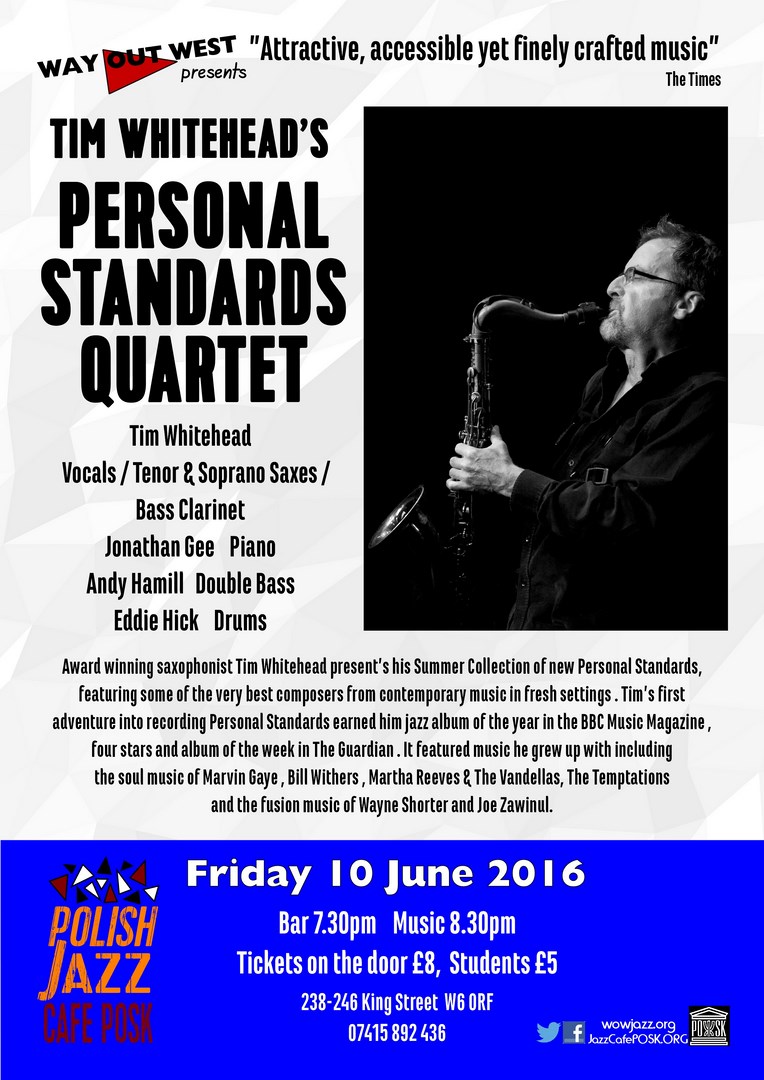 Presenting Tim’s Summer Collection of new Personal Standards, featuring some of the very best composers from contemporary music, including Tim , in fresh settings .

Tim’s ﬁrst adventure into recording Personal Standards earned him jazz album of the year in the BBC Music Magazine , four stars and album of the week in The Guardian .It featured music he grew up with including the soul music of Marvin Gaye , Bill Withers , Martha Reeves and The Vandellas,and The Temptations, the fusion music of Wayne Shorter and Joe Zawinul. Tim Whitehead’s “music always stands on its own feet. His bands are consistently ﬁne examples of attractively song-rooted composing and cutting-edge postbop improv”(John Fordham in The Guardian).

He has won several mayor awards , including The Peter Whittingham Award for New Music The Andrew Milne Award, The Greater London Arts Young Jazz Musicians Award, was first ever musician artist in residence at Tate Britain in 2009 , and was shortlisted for The British Composer Awards in 2010 and Jazz Album of The Year in 2011 for “Colour Beginnings”.

In 2013 he was commissioned to compose and Perform “Turner And The Thames” in The London Jazz Festival and composed with Colin Riley and toured a jazz musical for children with children’s poet laureate Michael Rosen.In 2014 he was commissioned to compose and perform “The Ballad Tim Whitehead’s Personal Standards Quartet Of Lord Franklin and The Teignmouth Fishermen” in The Tall Ships Festival with his daughter Hattie, and in 2015 he composed and recorded “Wake Up Call” for Sextet for Sony /EMI. 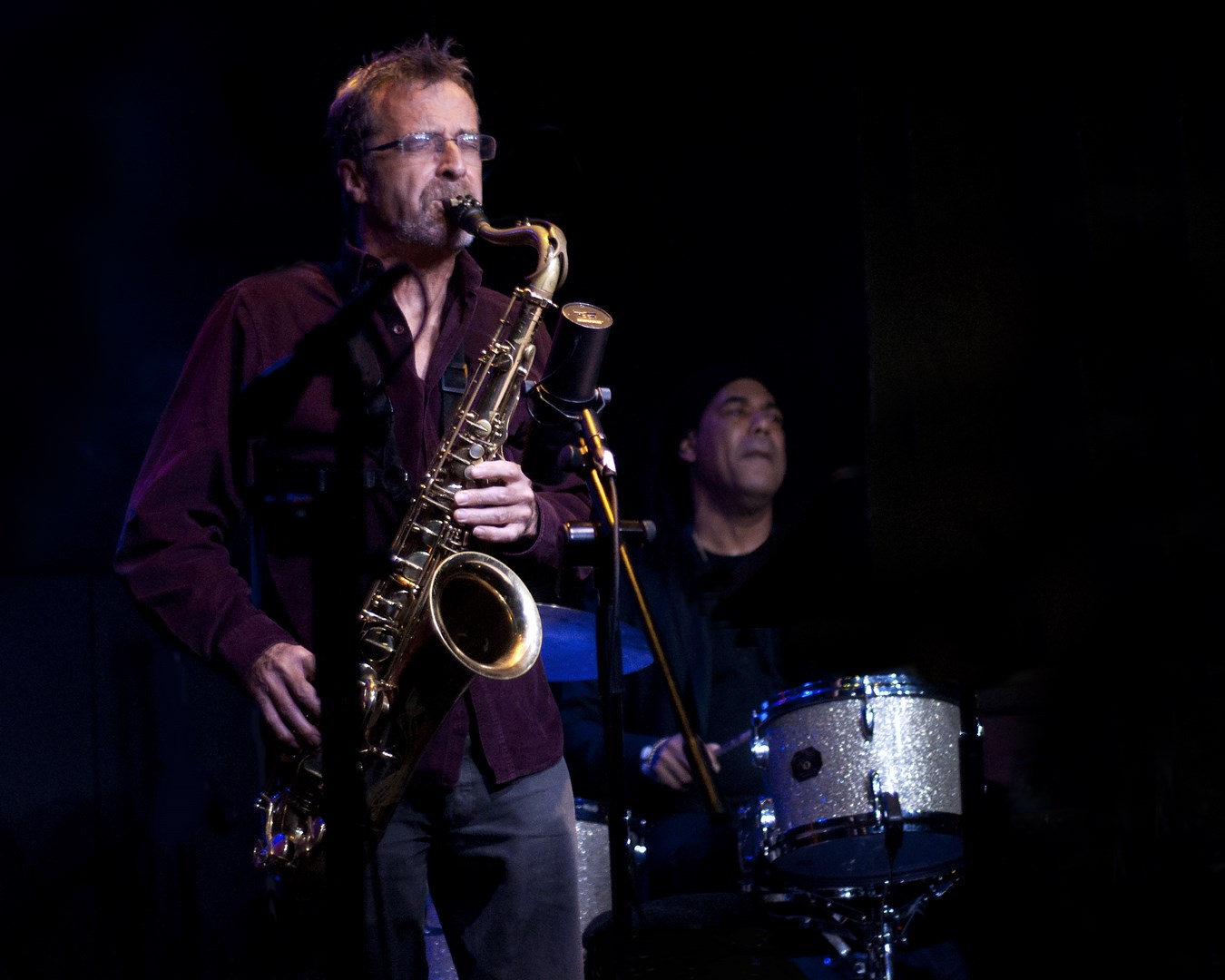