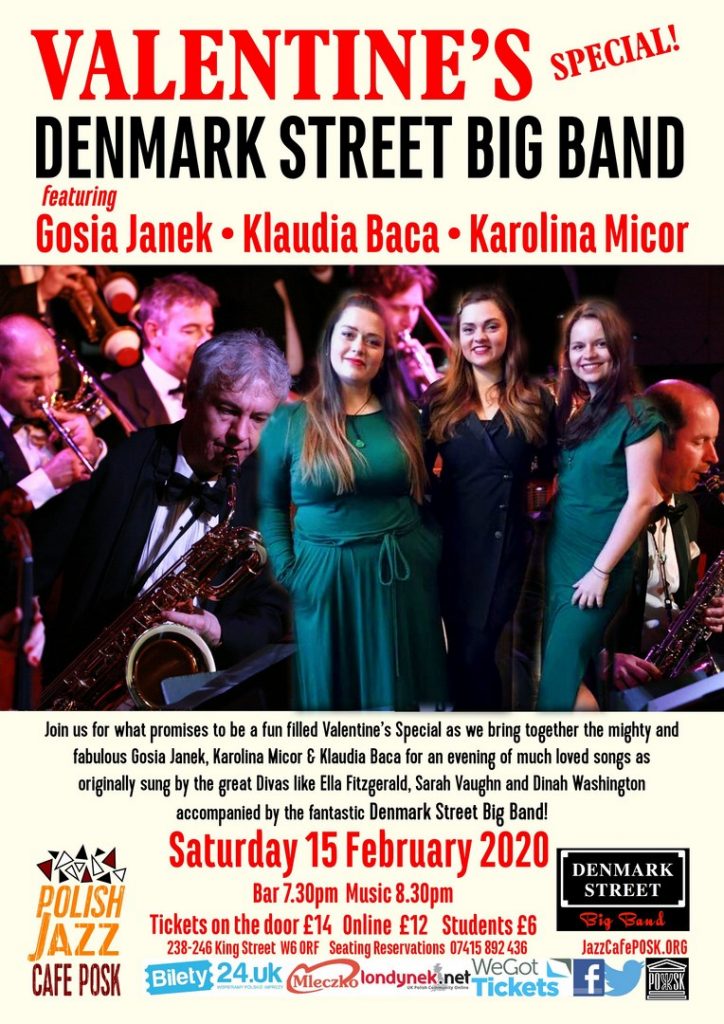 Join us for what promises to be a fun filled Valentine’s Special as we bring together the mighty and fabulous Gosia Janek, Karolina Micor & Klaudia Baca for an evening of much loved songs as originally sung by some of the greats Divas like Ella Fitzgerald, Sarah Vaughn and Dinah Washington accompanied by the fantastic Denmark Street Big Band! 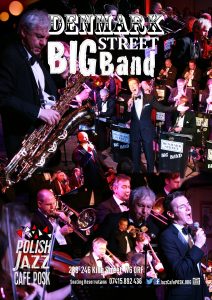