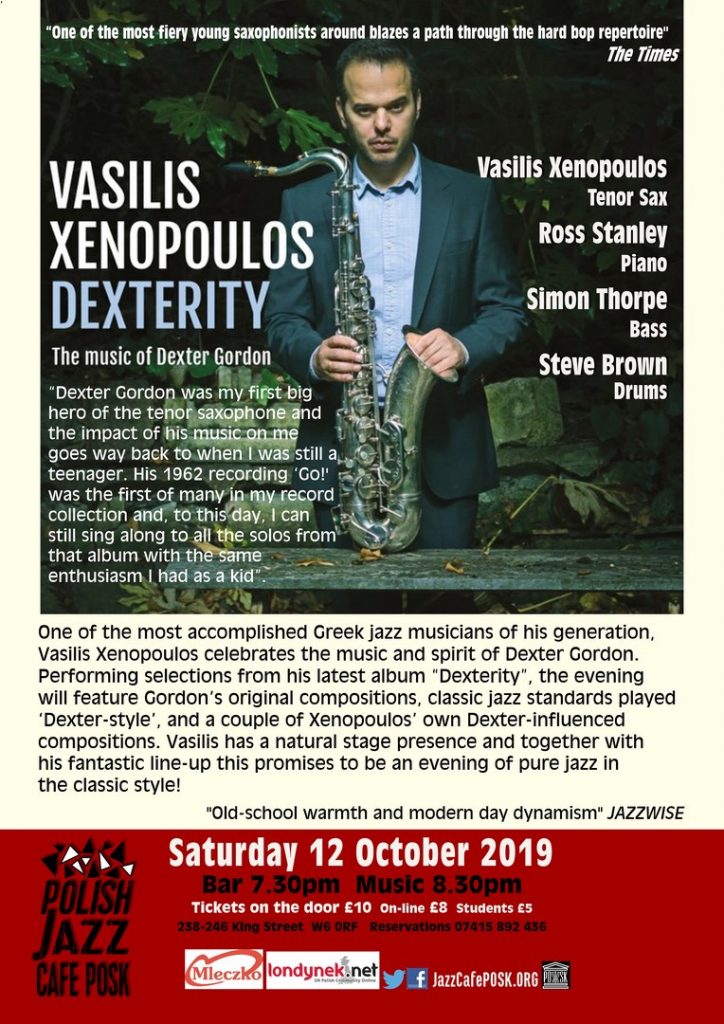 One of the most accomplished Greek jazz musicians of his generation, Vasilis Xenopoulos

celebrates the music and spirit of Dexter Gordon. Performing selections from his latest album “Dexterity”, the evening will feature Gordon’s original compositions, classic jazz standards played ‘Dexter-style’, and a couple of Xenopoulos’ own Dexter-influenced compositions. Vasilis has a natural stage presence and together with his fantastic line-up, this promises to be an evening of pure jazz in the classic style!

Dexter Gordon was one of the most iconic figures in jazz history and a true heavyweight of the tenor saxophone. His powerful tone and unique ability to create melodic lines influenced many saxophonists around the world and still do to this day. Vasilis Xenopoulos talks about his new project Dexterity:

“Dexter Gordon was my first big hero of the tenor saxophone and the impact of his music on me goes way back to when I was still a teenager. His 1962 recording ‘Go!' was the first of many in my record collection and, to this day, I can still sing along to all the solos from that album with the same enthusiasm I had as a kid. In the following years, there have inevitably been other influences on my playing, but Dexter remains my top inspiration when it comes to tone and melodic development. This project has been a long time coming for me and I hope you will enjoy listening to it as much as we enjoyed recording it in the studio." 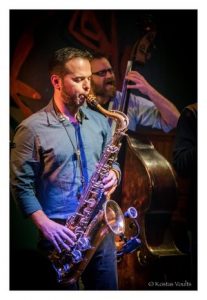