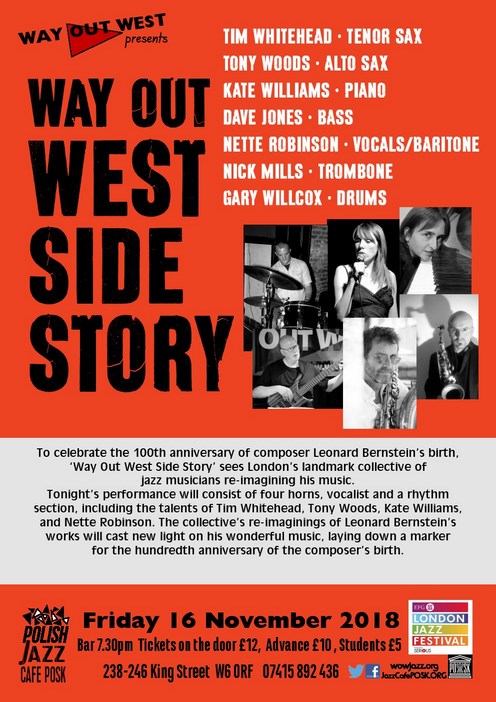 Way Out West Side Story

Tonight’s performance will consist of four horns, vocalist and a rhythm section, including the talents of Tim Whitehead, Tony Woods, Kate Williams, and Nette Robinson. The collective’s re-imaginings of Leonard Bernstein’s works will cast new light on his wonderful music, laying down a marker for the hundredth anniversary of the composer’s birth.