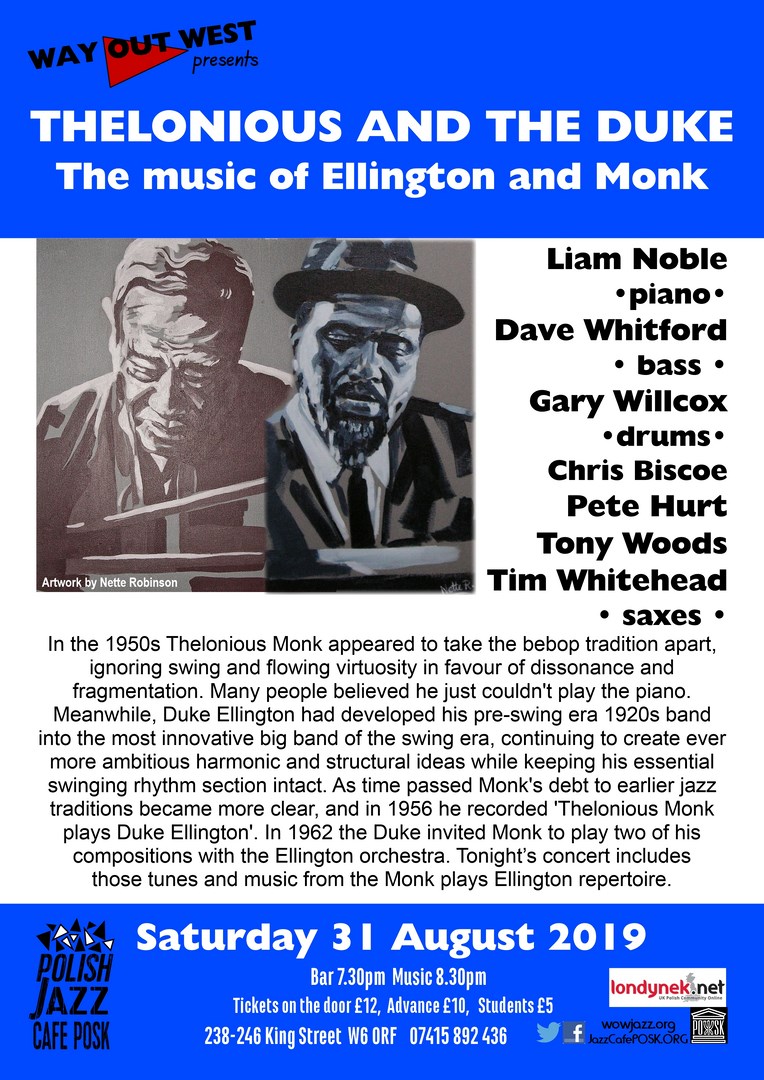 Thelonious and The Duke – The music of Ellington and Monk

Crosscurrents between the great orchestral jazz innovator Duke Ellington and Thelonious Monk, who turned bebop on its head.

In the 1950s Thelonious Monk appeared to take the bebop tradition apart, ignoring swing and flowing virtuosity in favour of dissonance and fragmentation. Many people believed he just couldn’t play the piano. Meanwhile, Duke Ellington had developed his pre-swing era 1920s band into the most innovative big band of the swing era, continuing to create ever more ambitious harmonic and structural ideas while keeping his essential swinging rhythm section intact. As time passed Monk’s debt to earlier jazz traditions became more clear, and in 1956 he recorded ‘Thelonious Monk plays Duke Ellington’. In 1962 the Duke invited Monk to play two of his compositions with the Ellington orchestra. Tonight’s concert includes those tunes and music from the Monk plays Ellington repertoire.