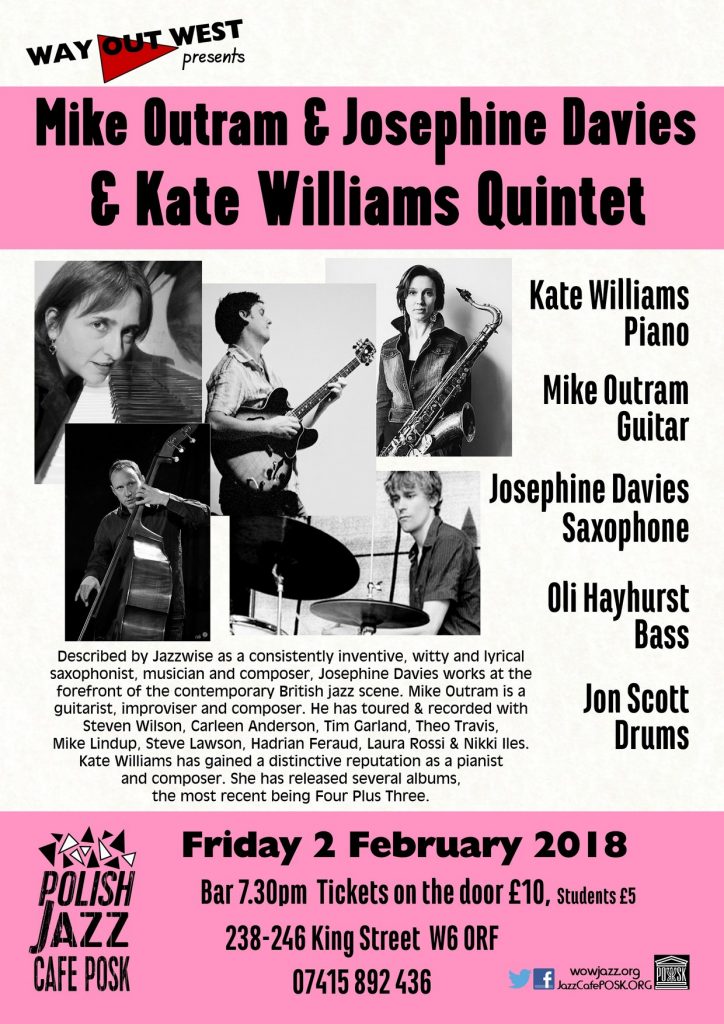 An exciting triple-led quintet featuring a range of new material by Mike, Josephine and Kate....

Mike Outram is a guitarist, improviser and composer. He has toured & recorded with Steven Wilson, Carleen Anderson, Tim Garland, Theo Travis, Mike Lindup, Steve Lawson, Hadrian Feraud, Laura Rossi & Nikki Iles. He is a professor at The Royal Academy of Music, The Guildhall School of Music & Drama, and TrinityLaban, London, and is the founder of ElectricCampfire.com - an online community for creative guitarists. "There is no musician with such complete control of the sounds coming out of a guitar. It's a sound of great beauty." London Jazz News

Kate Williams has gained a distinctive reputation as a pianist and composer. She has released several albums, the most recent being Four Plus Three, a collaboration between her trio and a string quartet: "..crisp, incisive and totally at one with the rhythmic ebb and flow." The Observer **** "A superbly lucid and inventive pianist and composer" BBC Radio 2