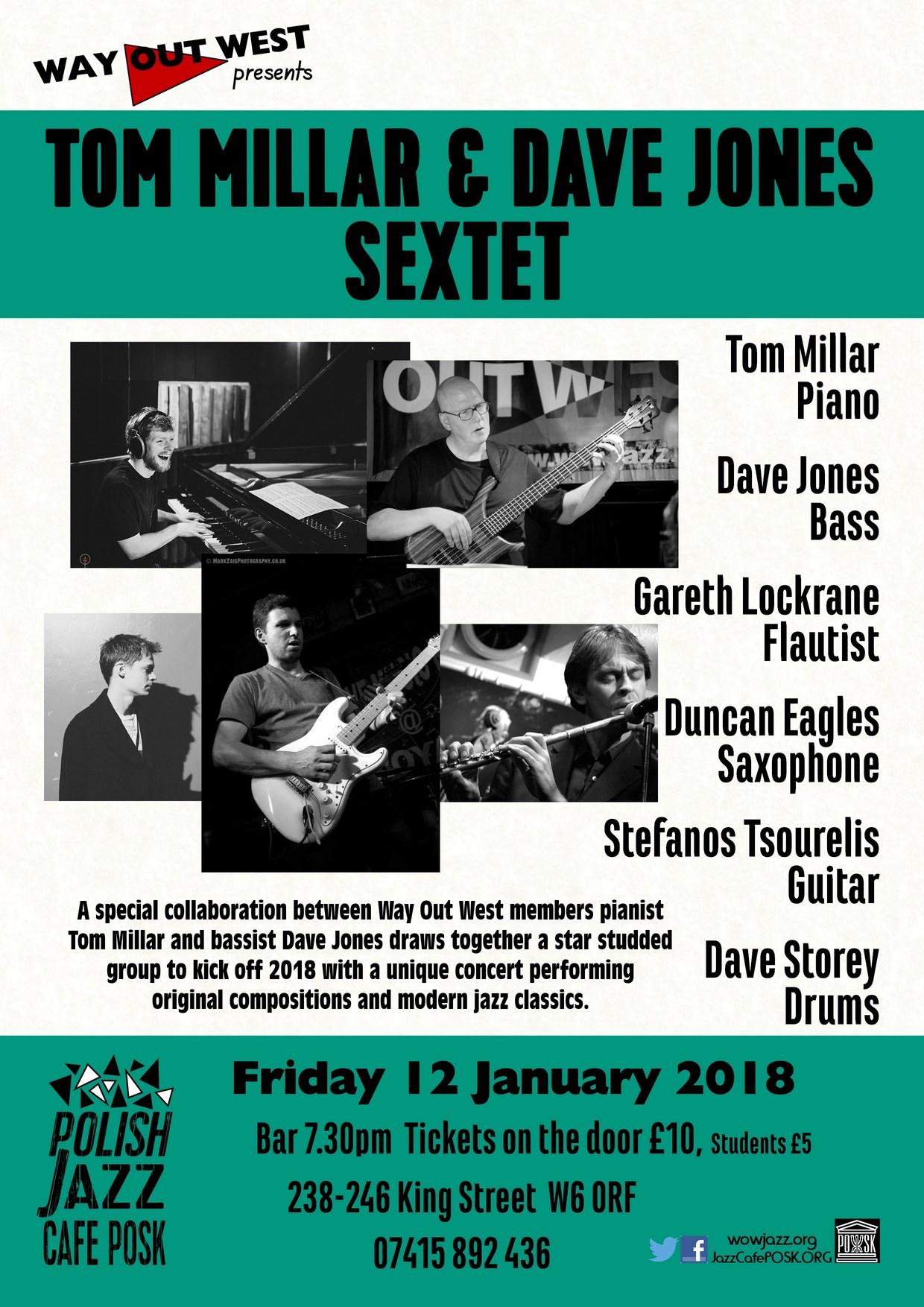 Tom Millar is a London-based pianist, composer and bandleader. He was born in Sydney, Australia and grew up in London. After reading Music at King’s College, Cambridge, he studied Jazz Piano and Composition for a Masters at the Royal Academy of Music, London, and with Django Bates in Bern, Switzerland. His debut album with his quartet, Unnatural Events, was launched on September 20th 2017 at the Pizza Express Jazz Club, Soho on independent jazz label Spark!,

Bassist Dave Jones’ writing has been described “… sophisticated and nuanced …  just when you think you know where he’s going, there is a change of texture or tempo, you do find yourself in an unexpected place and …. it’s beautiful!! … “ London Jazz News’.
Gareth Lockrane is the UK’s premier jazz flautist, a prolific and versatile musician who makes regular sideman appearances as well as leading his own small groups plus his acclaimed contemporary big band. “the formidable Lochrane .. a stunning display of sharp-accented runs, earthy whoops and constantly refreshed melodic ideas” John Fordham The Guardian

Duncan Eagles is one of the UK’s most promising and aspiring young saxophone players with a string of successful CD’s and sideman credits to his name, he leads the group Partikal and 2018 will see the release of his first CD under his own name.
“Saxophonist Duncan Eagles holds the stage with his attractively dry tone, sharpness and the urgent ferocity of his tenor improvising” John Fordham, The Guardian
Stefanos Tsourelis is a unique guitarist who seamlessly blends and intertwines a huge range of styles from his traditional Greek influences through jazz to blues and rock. He has recently released his debut CD ‘Native Speaker’ which also features bassist Dave Jones
The wonderful Dave Storey on drums who completes the line up performs regularly with Tom Millar and some of the very best young jazz musicians in the UK as well as leading his own acclaimed groups.