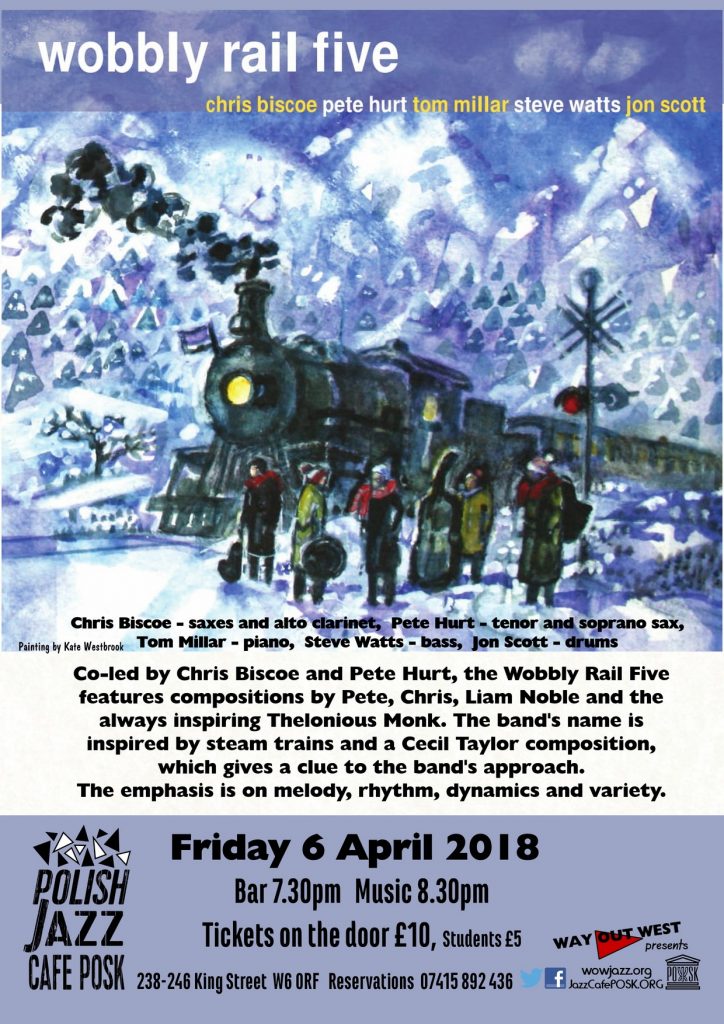 Co-led by Chris Biscoe and Pete Hurt, the Wobbly Rail Five features compositions by Pete, Chris, Liam Noble and the always inspiring Thelonious Monk. The band's name is inspired by steam trains and a Cecil Taylor composition, which gives a clue to the band's approach. The emphasis is on melody, rhythm, dynamics and variety.

Pete Hurt and Chris Biscoe have played together, toured and recorded in the George Russell Anglo-American Orchestra, the Andy Sheppard Big Band and many small groups, including the Liam Noble Band. Chris also appeared on Pete's first big band record, 'Lost For Words', while Pete played on Chris's 'Profiles of Mingus', so this co-led band is a logical outcome of a long and varied musical partnership. Some new compositions by both leaders are featured, but the some older pieces re-appear, such as the delightfully lyrical 'Lost for Words' in small band guise. Tom Millar is a young pianist whose debut album as leader, 'Azura Days' is attracting a lot of attention. Steve Watts came to prominence in Django Bates ‘s Human Chain and has gone on to play with many leading contemporary bands. Jon Scott is playing with young contemporary bands like Kairos 4Tet and Mishka Adams, leading names like Alec Dankworth and Mike Walker, and as the drummer in Pete Hurt's Quartet and Orchestra. 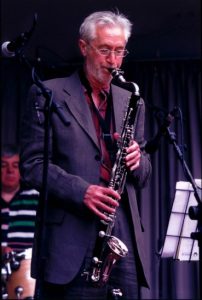 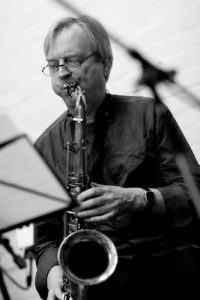