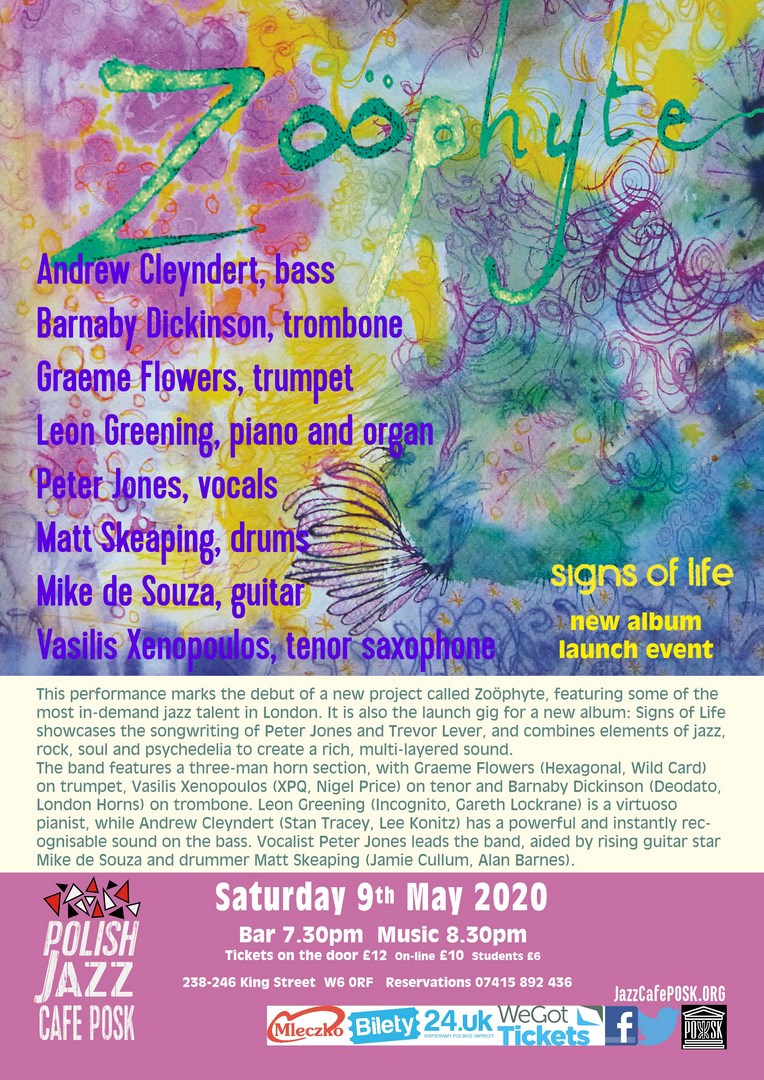 This performance marks the debut of a new project called Zoöphyte, featuring some of the most in-demand jazz talent in London. It is also the launch gig for a new album: Signs of Life showcases the songwriting of Peter Jones and Trevor Lever, and combines elements of jazz, rock, soul and psychedelia to create a rich, multi-layered sound. 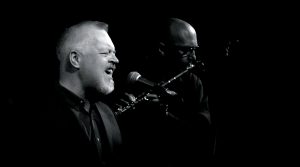 The album showcases the songwriting of Peter Jones and Trevor Lever, and combines elements of jazz, rock, soul and psychedelia to create a rich, multi-layered sound. As London Jazz News said of Jones’s 2017 album Under the Setting Sun, penned by the same team: ‘The level of creativity and skill on offer makes this a valuable and important collection for anyone remotely interested in contemporary jazz singing and songwriting.’

Although Zoöphyte is composed entirely of jazz musicians, in writing the material for this album, all genre constraints were ignored. The writers have minimised the chord changes to give the music a more open feel, whilst exploiting the sonic palette of a large band. As a result, the music is hard to categorise, but it is certainly accessible and melodic. The album was recorded the old fashioned way, in a traditional studio, with the musicians present in the same space, and with a bare minimum of overdubs (mostly vocal).